So this happened in the first full week of NCAA DI softball:

* Preseason # 1 Alabama, according to the ESPN.com/USA Softball poll, had a tough start to the season last weekend, losing twice to #5 Florida State and also to North Carolina to fall to #9 in that poll as well as in the USA Today/NFCA Top 25 poll. 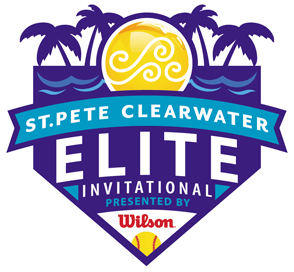 * On Thursday, in the first full day of action at the St. Pete/Clearwater Elite Invitational, Alabama blanked Washington, the #1 team this week in both polls, 8-0, in a five inning, run-shortened game thanks to the stellar pitching of true freshman Lexi Kilfoyl, who gave up just one hit (watch highlights of the game HERE). The Tide also looked impressive against Liberty, winning 7-1.

* Alabama was dominant once again on Friday morning, rolling over South Florida 9-1, but then was blanked by #2 UCLA, 7-0, as Bruin sophomore Megan Faraimo pitched a two-hit shutout with six K’s.

* Florida State, which is #5 in this week’s ESPN.com/USA Softball poll, saw Coach Lonni Alameda get her 700th career victory earlier in the week, but the Seminoles got shut out by Washington earlier Friday as Kelley Lynch, the #1 overall ranked player in the 2019 Extra Elite 100, became only the second Husky freshman ever to homer in a game and earn the win in a shutout. She went 5.1 innings with six strikeouts and hit a three-run home with two outs in the 2nd inning.

Kelley Lynch was dealing in game one! Game two, against Liberty, coming up in just over two hours.#MightyAreTheWomen pic.twitter.com/cLOVFUUvZB

* In the late games Friday, the Seminoles lost again albeit in a close one, 7-6 to #14 Minnesota. The Gophers rebounded from an extra-inning 2-0 loss to #16 Oklahoma State thanks to a great shutout performance by Virginia Tech transfer Carrie Eberle and a two-run home run by sophomore Kiley Naomi:

A crazy ride already and we’re just halfway through the tournament!

Along with those standout teams, the outstanding 16-team field at the St. Pete/Clearwater Invitational includes the following ranked programs according to the USA Today/NFCA Top 25 Poll:

If the college schedule wasn’t strong enough, the ESPN-produced event also includes three games featuring the USA Olympic team, which won big on Wednesday in the only game played that day, an 18-0 shutout of Liberty. Team USA will also play twice Sunday on ESPN3 against Oklahoma State and Washington.

That last game could be interesting as Gabbie Plain of Washington has a good chance to make the Australian National Team and, assuming she throws against the Red, White & Blue, could potentially face Team USA again this summer in Tokyo!

Below are the results of the games already played as well as the upcoming game schedule—a total of 42—all of which will be streamed on the ESPN platform with some being shown on TV (ESPN2, ESPNU and the SEC Network).

There are still several marquee games left over the weekend including #16 Oklahoma State vs. #9 Alabama and #15 Georgia vs. #3 UCLA on Saturday and #3 UCLA vs. #5 Florida State on Sunday.