Reviewing Our USA Olympic Team Picks: Where We Were Right (& Wrong!)

On Sunday, the 2020 USA Softball Olympic Team was announced with 15 players and three alternates named to compete in the Tokyo Olympic Games next summer as well as play in the “Stand By Her Tour” in early 2020.

On Friday, Carlos Arias and I did a Podcast and ran a chart listing who we thought would make the team.

We missed on catcher Amanda Chidester and outfielder Bubba Nickles; we had picked outfielder Jazmyn Jackson and infielder Shelby Pendley instead.

One of the misses simply was because we thought the team would take two catchers instead of the three that were named (Aubree Munro, Dejah Mulipola and Amanda Chidester).

Ironically, we went back and forth between Mulipola and Chidester so if we had picked three catchers we would have had 14-of-15 right. Honestly!

The other miss was simply because we went with the older player/more experience theory.

It made sense that players who were already on the National Team this summer would have the upper hand.

Here’s a great video look by USA Softball at those who made the 2020 Olympic Team!

Nickles wasn’t on this summer’s Women’s National Team, so that and the youth factor had us thinking someone already on the summer squad would make it. The UCLA outfielder, in fact, she was one of seven of the 29 in the tryouts who are still playing collegiate ball.

We felt strongly that one would be a lock, Rachel Garcia, primarily because she is multi-functional: she pitches and hits at a high level and, of course, has been recognized for these dual talents by being named a two-time NCAA DI National Player of the Year.

Mulipola, as mentioned above, is one we went back-and-forth on, not because of her talent, but because she is younger compared to most of the selection trial athletes. Still, because of her playing this summer on the National Team, we gave her a nod and she did make it.

We went with the “experience theory” with Jackson and Pendley but they fell just short.

Back to Nickles, however; she showcased well and the former Gatorade National Player of the Year had previously played on the USA Softball Jr. National Team.

Plus, she had a great year for the National Champion UCLA Bruins, batting .390 with 18 home runs on a team-leading 82 hits while only making one error defensively and compiling a .987 fielding percentage.

Factoring in the three alternates, we were not so good missing on all three; ironically, because we went against the reasons for picking the 13 correctly: experience.

Catcher Taylor Edwards, infielder Hannah Flippen and pitcher Keilani Ricketts are all proven talents who have played and succeeded against the world’s best, but we thought younger players like catcher/third baseman Sahvanna Jaquish, outfielder Amanda Lorenz and outfielders Kirsti Merritt could have been alternates based on their resumes.

Ricketts, by the way, I have known since her days in San Jose, California—she used to blog for me back in 2007—so the lefty’s inclusion shows how valuable her years of playing at an elite level were.

Honestly, it had to be a very tough decision for the Selection Trial Committee in finalizing the team, but an easy one in one way: all of the 29 are outstanding players and each would have been a solid addition to next year’s Olympic Team!

Brandon Penny wrote a great article yesterday for USA Softball about the Olympic Team, its selection and history… you can read it by clicking HERE or checking out excerpts below… 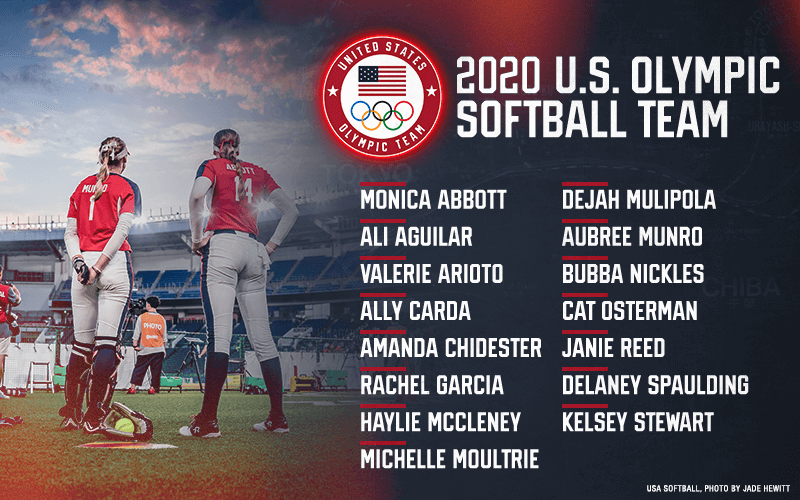 The 2020 U.S. Olympic Softball Team is a roster 12 years in the making. It is one with immense diversity – from a 36-year-old with two Olympic medals to three players who are current student-athletes. It is one with 13 world champions. And it is one that, for a decade, had no guarantee of ever being named.

The 15 players, along with three alternates, who will play for Team USA when softball makes its return at the Olympic Games Tokyo 2020 were named Sunday morning following a weeklong selection trials that included 29 players.

“This is a really special group,” said 2020 U.S. Olympic Softball Team head coach Ken Eriksen. “Its greatest strength is that you have good people. You have unselfish people. You have people who bought into a system that realize there’s only one captain of the ship and that everybody else is going to row along the lines of keeping the ship in the right direction as a collaborative effort.

“They’re empowered people, they speak very well, they’re intelligent in their softball IQ, they treat other people really well, they’re courteous. When you’re that type of person it makes it really easy to play the game. They challenge each other every day. They respect each other.”

The U.S. has been a dominant force in the sport since its Olympic debut in 1996, claiming three consecutive gold medals and one silver before the International Olympic Committee voted in 2005 to drop baseball and softball from the Olympic program following the Beijing 2008 Games. After a couple of failed attempts and two Olympic Games with neither sport, both were confirmed for the 2020 Olympic program in 2016, creating Olympic dreams for players who thought they might never have a chance to play at the Games – and reviving old ones.

They were the youngest players in 2004 (Osterman, 22) and 2008 Abbott (2008, 22). In Tokyo, Osterman will be 37 and Abbott will turn 35 four days into the Games, as the two oldest on the team. Osterman will become the third-oldest U.S. Olympic softball player; Sheila Cornell-Douty and Dot Richardson were 38 at the Sydney 2000 Games.

The two Olympians had thought they ended their Olympic careers on a sour note – with a silver medal at the hands of Japan, after the program had previously settled for nothing but gold – and will now have a shot at redemption. The 2008 gold medalist and 2020 Olympic host country Japan remains Team USA’s biggest opponent, as the two have faced off for gold at the last seven world championships.

Ally Carda, a 2016 world champion, and Rachel Garcia, two-time reigning USA Softball Collegiate Player of the Year for UCLA, join them as the pitchers on the 2020 squad.

Joining them are catchers Amanda Chidester, a 2016 world champion, and Dejah Mulipola, a senior at Arizona who won gold at the Pan American Games Lima 2019, plus outfielder Bubba Nickles, a senior at UCLA with Garcia and two-time junior world champion. 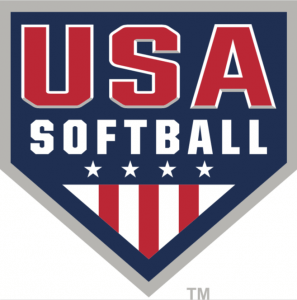 “We had a lot of young players here at the trials, who are still in college: Dejah Mulipola from Arizona was here, Sis Bates from Washington, Bubba Nickles from UCLA, Rachel Garcia from UCLA, Megan Faraimo from UCLA, Alyssa Palomino-Cardoza from Arizona and Montana Fouts from University of Alabama. All those players who are still in college, I’m goose-bumping talking to you right now of how they were able to maintain the same level of play, and higher than some of the others, through the week,” Eriksen said.

The team will be led by Eriksen, who has served as head coach of the women’s national team since 2011. He won 1991 Pan American Games silver as a player and 2004 Olympic gold as assistant coach, and has racked up more than 950 career wins as head coach at University of South Florida.

With the Olympic roster now finalized, Eriksen said he is excited for the players to work together on a daily basis and craft the “perfect practice” in training.

“If we do those type of things in practice, it makes you feel pretty good about putting them out on a ball field and letting them play,” he said. “The 15 players and three alternates who are going to do that are going to be very special. I think the softball community, let alone the U.S. sports fan community, is going to be pretty proud of this group.”

The win at last year’s world championships made the U.S. softball team the first country in the sport – and first of any U.S. team – to earn an Olympic quota.

Joining Team USA in Tokyo will be host country Japan, as well as Australia, Canada, Italy and Mexico, which will make its Olympic softball debut.

Australia, Canada, Japan and the U.S. will become the only nations to compete in all five Olympic softball tournaments. Australia and the U.S. have medaled at every one to date, while Japan has at the past three.