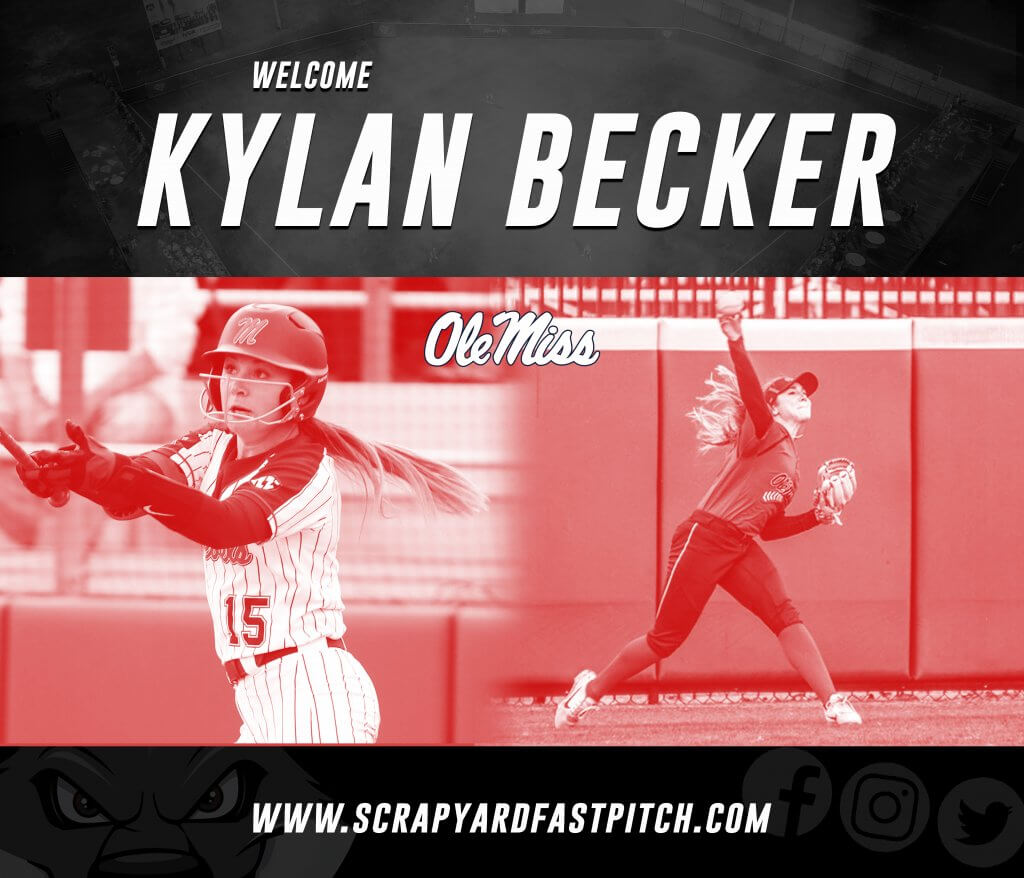 Scrap Yard Fast Pitch (SYFP), an independent women’s professional softball team based in Conroe, Texas, has signed two more All-Americans to its impressive 2019 roster and both are senior All-Americans from the SEC.

The additions of Kylan Becker, an outfielder with Ole Miss, and Aubrey Leach, an infielder with Tennessee, bring the SYFP roster to 18 (see the complete lineup below).

On Wednesday, the NFCA Division I All-American teams were released and both players were listed: Becker  as a 1st Team selection and Leach as a 3rd team honoree.

The official summer schedule of games will be announced soon and Extra Inning Softball will be live streaming several games.

Originally from Miami, Florida, Becker spent her last four years at Ole Miss in Oxford, Mississippi, as an outfielder and leading the team with a .428 batting average and 83 hits in her senior season.

Her final collegiate season came to an end this past Saturday in the Tucson Super Regional, where the Rebels, after an historic season, fell to the Arizona Wildcats.

Becker led the Ole Miss program to its second most wins in team history with a final record of 41-20 in 2019.

In addition to her success at Ole Miss, Kylan was selected to the 2018 USA Softball Japan All-Star Series roster, which marked the first time in Rebels program history a player competed on the USA Softball National Team.

“Thank you, Scrap Yard Fast Pitch, for the amazing opportunity to continue my career as a softball player at the professional level and for believing in me and making my dreams come true!”

“I feel honored and privileged to continue to play the sport I absolutely love with an organization that is fully committed to elevating the sport of softball at the local and international level. I cannot wait to see what this next chapter of my career has in store!”

SYFP Director Connie May added her thoughts on the addition of Kylan, saying, “It is such an honor to be able to have Kylan sign with us. Coach Mike Smith said it best ‘She is a great player and an even better person.’ She exemplifies passion and hard work which will make a great addition to our Scrap Yard family!” 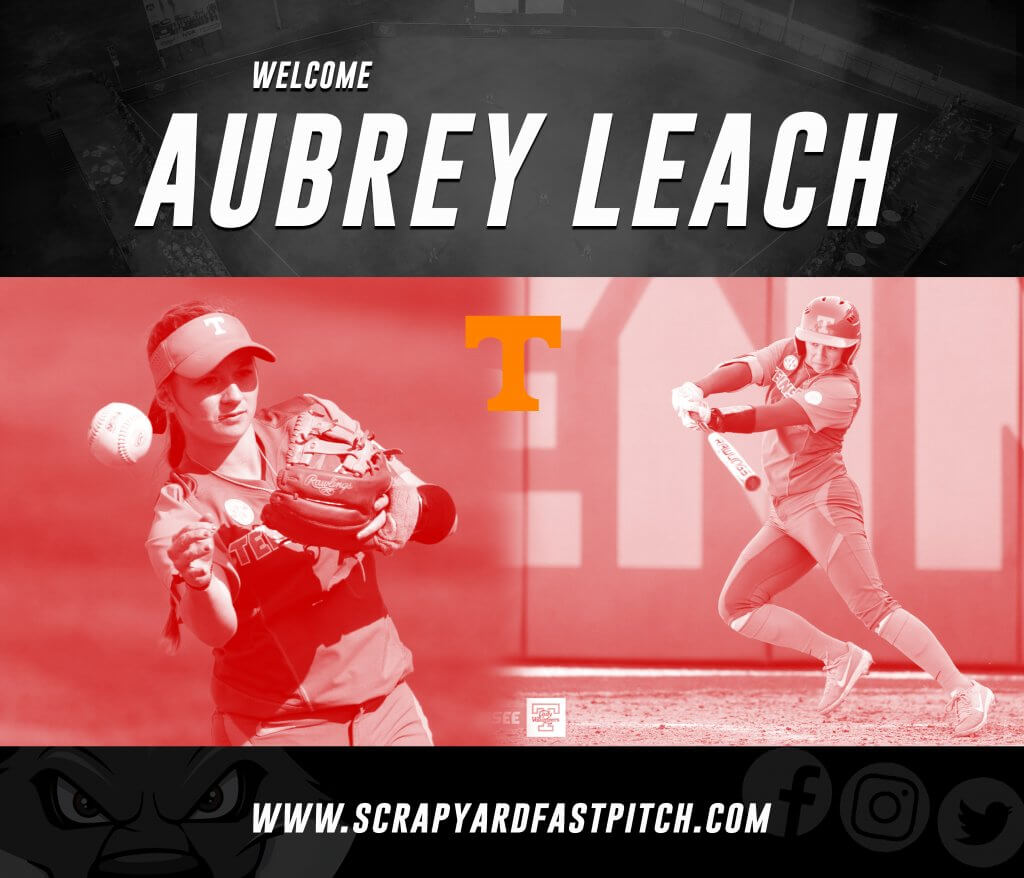 Originally from just down the street in The Woodlands, Texas, Leach spent her last four years at the University of Tennessee in Knoxville, where she captained the infield and posted a .411 batting average with 72 hits, 23 RBIs, and 65 runs scored in her senior season.

In 2018, Leach earned a NFCA 1st Team All-American honor and was named as a USA Softball Collegiate Player of the Year Top 25 finalist. She also earned Academic Honor Roll and Scholar Athlete achievements during all four years.

Before her collegiate success, Aubrey played for Sudden Impact, an elite travel ball organization based out of Houston, Texas.

When asked about a beginning her professional career with Scrap Yard Fast Pitch, Aubrey said, “I am so excited to be a part of the SYFP family! I can't thank Scrap Yard enough for allowing me to continue my softball career, as well as furthering my dream of playing at the professional level. I’m so grateful to come back home and represent my family, community, and travel ball organization!”

first 14 are returning players; those with * are collegiate seniors