And stay tuned in the coming days for an announcement of the official 2019 summer schedule which will include several games live streamed here on Extra Inning Softball!

In her senior year at Texas A&M, Riley started all 55 games with seven doubles, one triple, seven home runs, and 25 RBIs.

As the lone senior at Texas A&M, Riley started in 232 games during her four years and finished her career with 37 home runs and 136 RBIs. Sartain posted a .959 fielding percentage and 436 assists, which ranks sixth all-time in program history!

Sartain joins fellow former Aggie, Ashley Walters, who will enter her second season behind the plate with SYFP.

Walters gave her thoughts on signing Sartain, saying, “I’m super excited to have Riley join SYFP! Having another Aggie close is going to be a lot of fun! She is determined to put in hard work and dedication to win, and that is going to be awesome for our team. And of course, she has the best hands in all of college softball!”

When SYFP Director, Connie May was asked about having another Aggie join the program, she said “I am such a huge fan of Riley. I have been a fan since she was in travel ball and I have great respect for Texas A&M Softball. Coach (Jo) Evans recruits great athletes and even better people, so for us to have her in our program is wonderful!” 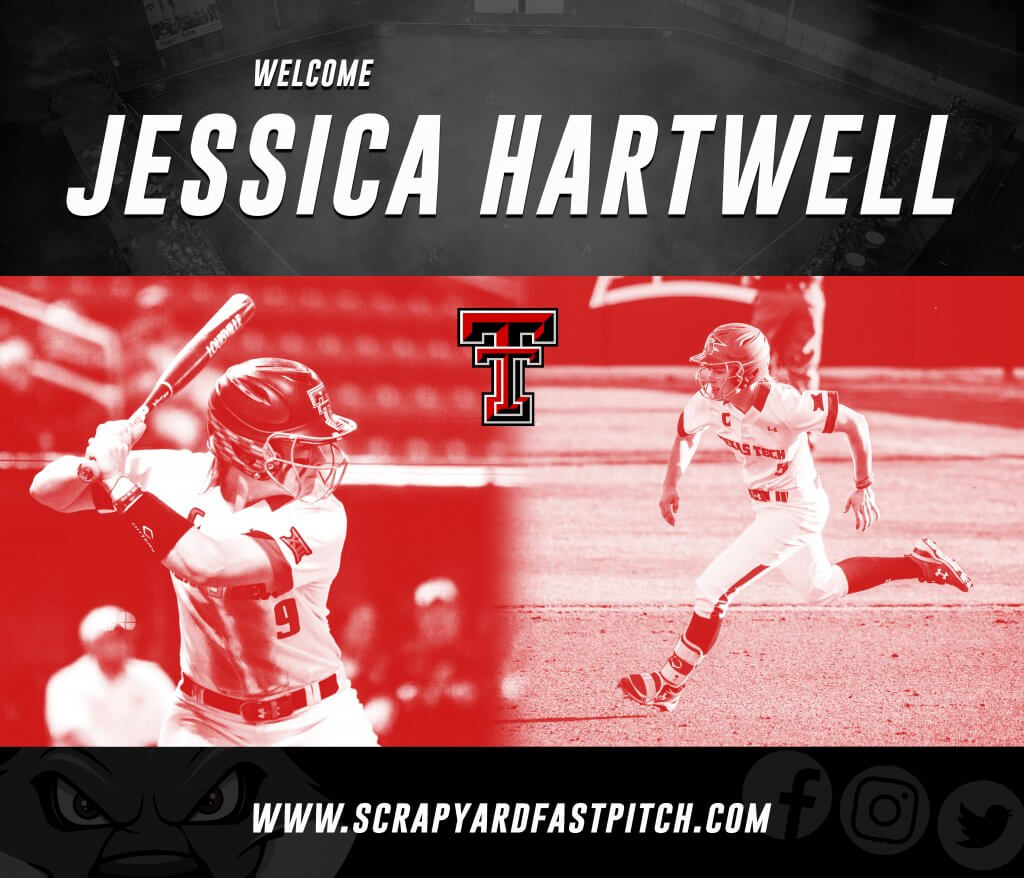 Hailing from Galt, California, Jessica spent her last four years at Texas Tech University in Lubbock, holding down first base and hitting .317 in her senior year.

After racking up NFCA All America, NFCA All-Region, All-Big 12, and multiple Player of the Week honors in 2018, Jessica showed no signs of stopping in her senior season, earning a NFCA All-Region nod and leading the Red Raiders to an impressive Regionals appearance in Baton Rouge.

When asked about staying in Texas to continue her softball career, Jessica said:

“I am so excited to compete at the highest level with Scrap Yard Fast Pitch this summer! This has been something I’ve worked for my whole career and God has blessed me with this incredible opportunity to continue to play the sport I love. I’ll get to work with an amazing group of athletes and staff, and I’m excited to honor Him through this experience.”

first 14 are returning players; those with * are collegiate seniors