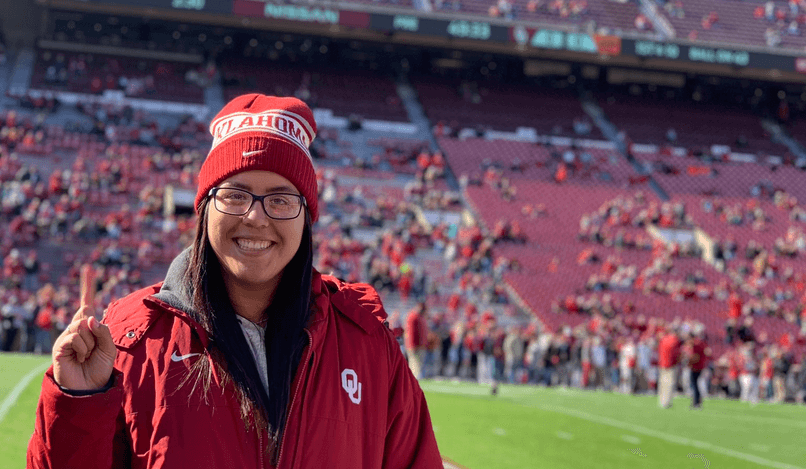 Justin McLeod of JustinsWorldOfSoftball.com broke the news this afternoon that former ASU All-American pitcher G Juarez is headed to Oklahoma.  Here’s his report:

It took less than two weeks for Giselle "G" Juarez to find her new home. The All-American pitcher announced on social media Sunday afternoon that she will transfer to Oklahoma and join the Sooners' program.

"After some time of prayer and trust, I have decided to join the Oklahoma Sooners. I'm grateful for this opportunity and blessed to be a part of such an outstanding program! Can't wait for January, Go SOONERS #BoomerSooner"

After some time of prayer and trust, I have decided to join the Oklahoma Sooners, I’m grateful for this opportunity and blessed to be a part of such an outstanding program! Can’t wait for January, Go SOONERS #BoomerSooner pic.twitter.com/G1mh6ChBtY

Juarez earned 1st team All-American honors after an incredible 2018 season that saw her post a 1.21 overall ERA in more than 224 innings of work in the circle. The mark placed her fourth in the nation among pitchers with at least 200 innings pitched. Juarez collected 305 strikeouts and a 26-6 overall record.

In addition to her All-American honor, Juarez was also named to the All-Pac 12 and All-Region first teams and was a Top 10 finalist for the National Player of the Year award.

A former member of the US Junior Women's National Team, Juarez spent the 2018 international season on the roster of team Puerto Rico and was a part of considerable growth in that nation's softball program on the international stage.

Juarez is the second high-profile pitcher to transfer into Oklahoma since the end of the 2018 season, joining former FIU hurler Shannon Saile. The pair join a pitching staff that already includes juniors Mariah Lopez and Parker Conrad as well as freshman Brooke Vestal.