Working with the model set forth by the Texas FastPitch League, the Gulf Coast Fastpitch League has formed and issued the following release... 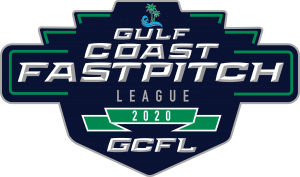 The Gulf Coast Fastpitch League (GCFL) is pleased to announce the most exciting structured event to take place in softball in many years. Leaders from some of the top programs in the state of Louisiana , Mississippi and Alabama have gotten together to figure out a new way of presenting our sport.

The Gulf Coast Texas League will be a Regional League that will allow all teams to compete on the same level. The league will have three conferences:

The league will have "Mid-Week" matchups for teams in each conference as well provide league game match-ups on Fridays leading into existing tournaments. Games could also be crafted into pool play of existing events.
​
The league will be based on a "points" process where teams will get points from league games as well as tournament finishes from GCFL Sanctioned events. Those points will rank teams.
​
All teams that participate in the league are automatically qualified for the GCFL Championship that will be held later this summer. Teams will be "seeded" into a College Softball postseason format that will have teams in a "Regional Bracket" (Mini Tournament) that will produce teams from there advancing to the "Super Regionals.

Two teams will then play against each other in a best 2-of-3. The winners then will advance to an 8-team "World Series" format to crown a champion.
​
Teams that do not advance to the Super Regionals from the "Regional" will all go into a new bracket called the "Q" Bracket. These teams compete and the Top 4 teams from that bracket will qualify as "Division 1" and along with the 16 teams that advanced into the Super Regionals will make the "cut" of being in the top 20 for the summer season and will ensure their team's placement in the top events this coming fall.