The Prime Minister of Japan, Abe Shinzo, and the President of the International Olympic Committee (IOC), Thomas Bach, held a conference call Tuesday morning and in what was described as a “very friendly and constructive meeting,” agreed that the Olympic Games scheduled this summer “must be rescheduled to a date beyond 2020 but not later than summer 2021.”

The two leaders also agreed that the Olympic Games would keep the same name, the “Olympic and Paralympic Games Tokyo 2020” even if the games are held next summer.

On Sunday, Canada and Australia announced they wouldn’t be sending athletes to the Summer Games in Tokyo, if the Olympics continued as scheduled on July 24.

Many other countries, including the United States, were supportive of postponing the games due to the ongoing Coronavirus (COVID-19) pandemic concerns.

The financial implications of postponing the Games could be huge; according to CNN.com, the total cost to host the games “is likely to be $25 billion, a vast majority of which has already been spent on large-scale infrastructure projects such as transportation networks, hotels and new venues.”

That is in addition to “figuring in sponsors, insurers, and broadcasters who have committed to the Olympics.”

As recently as Sunday, Bach and IOC expressed strong reservations about postponing the Games, stating: “Contrary to other sports events, to postpone the Olympic Games is an extremely complex challenge.”

“Just to give you some examples: A number of critical venues needed for the Games could potentially not be available anymore. The situations with millions of nights already booked in hotels is extremely difficult to handle, and the international sports calendar for at least 33 Olympic sports would have to be adapted. These are just a few of many, many more challenges."

Last week, USA Softball announced that the “Stand Beside Her” tour, presented by Major League Baseball, would be postponed until May 11 and would be “reaching out to tour stop hosts and opponents that were slated to be held prior to May 11 to discuss the rescheduling of their tour stop.”

With the news that the Olympics are being postponed, it is possible the tour will also be postponed or even cancelled for this spring and summer. Team USA had won all 16 of its games played and the Stand Beside Her tour was scheduled to total 38 stops in 18 states running through June 25, a month prior to the original starting date of the Tokyo Games.

Here is the complete text of the IOC announcement today…

The President of the International Olympic Committee (IOC), Thomas Bach, and the Prime Minister of Japan, Abe Shinzo, held a conference call this morning to discuss the constantly changing environment with regard to COVID-19 and the Olympic Games Tokyo 2020. 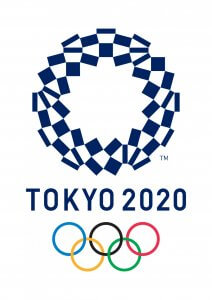 President Bach and Prime Minister Abe expressed their shared concern about the worldwide COVID-19 pandemic, and what it is doing to people’s lives and the significant impact it is having on global athletes’ preparations for the Games.

In a very friendly and constructive meeting, the two leaders praised the work of the Tokyo 2020 Organising Committee and noted the great progress being made in Japan to fight against COVID-19.

The unprecedented and unpredictable spread of the outbreak has seen the situation in the rest of the world deteriorating. Yesterday, the Director General of the World Health Organization (WHO), Tedros Adhanom Ghebreyesus, said that the COVID-19 pandemic is "accelerating". There are more than 375,000 cases now recorded worldwide and in nearly every country, and their number is growing by the hour.

In the present circumstances and based on the information provided by the WHO today, the IOC President and the Prime Minister of Japan have concluded that the Games of the XXXII Olympiad in Tokyo must be rescheduled to a date beyond 2020 but not later than summer 2021, to safeguard the health of the athletes, everybody involved in the Olympic Games and the international community.