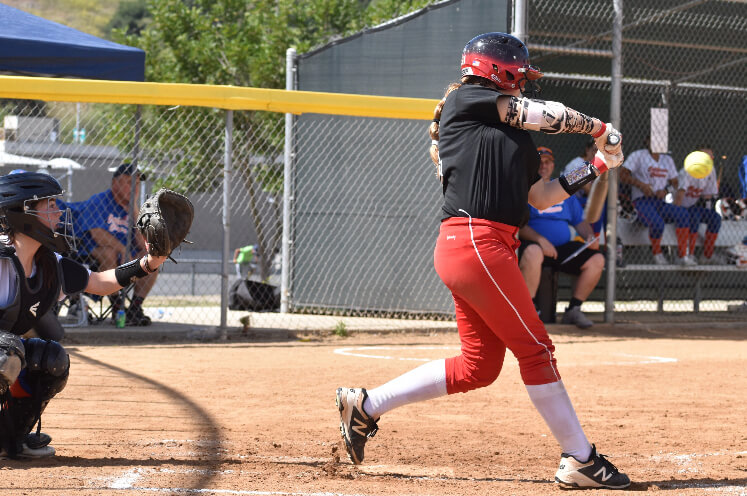 Catcher Ava Gall of the Firecrackers Brashear/Hicks team looked strong in the fall playing against 16U competition.

We continue our unveiling of the top 100 players in the Class of 2023--those we feel will have the best chance to make an impact at the collegiate level and possibly beyond--based on their development and performance at this stage.

Today we feature players #’s 30 to 21 as we profile players from states such as Arizona, California, New York, North Carolina, Texas and more.

To see the complete schedule of which lists will be released on what days, click HERE.

Players are selected based on on-field talent, successful performances—especially in big events like Nationals and showcases—as well projected growth and development and intangibles such as leadership, work ethic and the ability to make teammates better.

Here are the honorees who have previously been listed:

Note that this is the first edition of the 2023 class… there will be more updates down the road on these players and other classes as well! All players are uncommitted unless noted; about 20 verballed to top programs before last April's Early Recruiting rules went into effect…