Breaking News: PGF Nationals for Week 1, Including All-Star Game, Cancelled "In Its Entirety"

As expected, and disappointedly so, the first week of PGF Nationals--which would have seen competition take place in the 18U and 16U age divisions from July 24 to August 1, 2020 in Orange County, California--has been cancelled.

In a statement sent out Sunday, PGF's President and CEO, Dan Hay, announced that "due to the recent decision made by our Governor and the uptick and surge of COVID-19 cases, Premier Fastpitch feels that in order to assure the safety of our players, coaches and their families that WEEK ONE OF THE 2020 PGF NATIONAL CHAMPIONSHIPS... WILL BE CANCELLED IN ITS ENTIRETY."

Click HERE to see our recent article: "What It's Not Looking Good for PGF Nationals This Summer"

The release added that "THIS CANCELLATION WILL ALSO INCLUDE THE 2020 PGF ALL AMERICAN GAME THAT WAS TO BE AN ESPNU TELEVISED EVENT ON AUGUST 1st."

The PGF leader also said that Week 2's fate will be announced a week from today, on July 19 (Sunday). This week includes competition in the 14U, 12U and 10U age divisions.

Not a surprise, but a big disappointment as the PGF Nationals have become over the last 10 years-plus the premier club softball event in the nation. 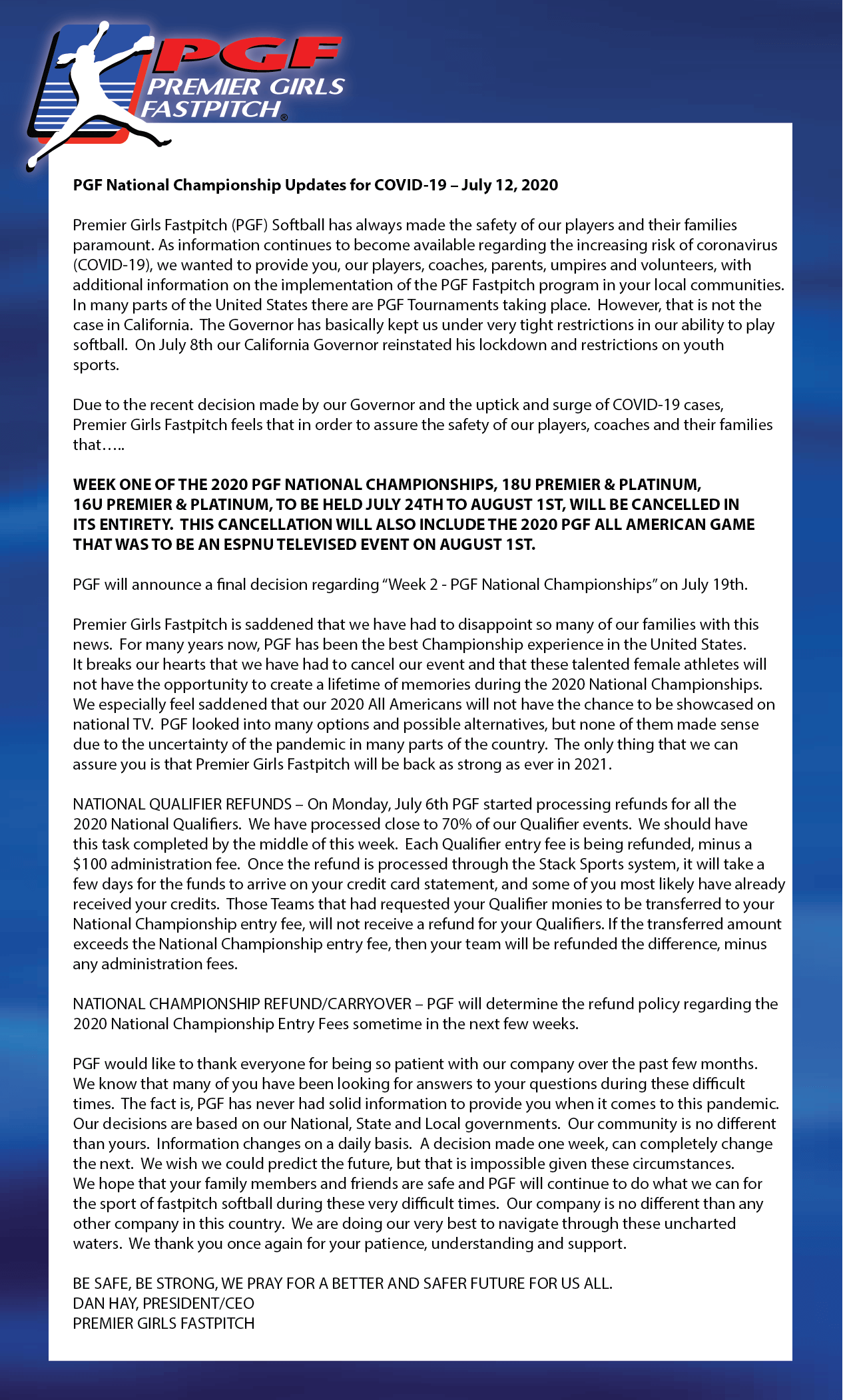