The current status of youth sports and tournament play is uncertain at this time, but the Champions Elite Showcases are set and ready to hit the ground running starting in June.

In 2005, Champions FastPitch Academy and owner, Stacy Tamborra, started creating and running Elite level showcase camps, clinics, and tournaments.  Over the past 15 years, their events have grown to become some of the most highly sought-after events in the country.

“Our desire is to build showcase and exposure events with excellence and to create elite level opportunities and exposure for teams and individual athletes,” Tamborra told Extra Inning Softball this week.

According to the former Florida State pitcher, Champions Elite Showcases partner with like-minded organizations from all over the country who have a shared desire to ensure the purity of the game.

“We partner with those who believe in the importance of building events and relationships with the best interest of the athletes first,” Tamborra adds. 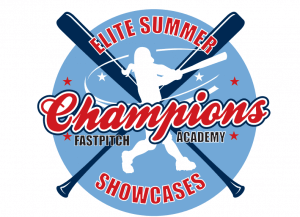 This summer will bring new challenges for Champions and their events in light of the national COVID-19 pandemic that has struck the world and taken softball away from so many.

Despite the uncertainties of the summer, Champions has finalized a June and July schedule set with events starting with the Champions Elite Summer Showcase taking place June 11-14th in Woodstock, Georgia.

The event director explains: “With most teams opting to stay local or play within their region, the Champions Elite Summer Showcase will allow elite level teams in the Southeast the opportunity to still play at the highest national level and compete against some of the top teams in the country.”

As if fighting a national pandemic wasn’t enough, Champions and all elite level showcase tournaments that host events in June took another blow when the NCAA made the decision to extend the recruiting dead period through the end of June (and possibly longer).

Coincidentally, Champions had announced earlier that week, prior to the NCAA decision, a partnership with AthletesGoLive led by Andrew Biele to live stream/live score the showcase games.

“This partnership will give all teams a great opportunity to still get seen by college coaches during the event through live streaming and the virtual showcase games,” Tamborra believes.

"AthletesGoLive is so excited to be able to help athletes get seen," Biele agrees. "Although we are not a recruiting company, our live streaming and live scoring service allows athletes to be seen like they have never been seen before. It doesn’t matter what field or what pool you’re in, college coaches can see you play."

"Now with the college coaches unable to come to events, we feel we’ve create the ultimate platform for exposure," he continues. "We wanted to make AthletesGoLive cost effective for families and teams. We also created a promotion where it’s free for everyone for May and June."

The Champions events are also reducing fees and giving more during this time to support teams and families hit hard with the financial crisis, while still investing significantly into the vital opportunities these athletes need to get seen by college coaches.

The event organizers have invested over $7,000 into high-definition cameras and equipment to ensure maximize exposure for every athlete who attends and plays in the event and in the virtual skills combines that will be produced each event.

The Independence Day Invitational will provide teams with seven-inning games and a chance to play top competition before heading into the crucial month of July that is sure to be slammed with events and, hopefully college recruiting before players start back to school.

To cap off the Summer, Tamborra’s organizations will host the Champions Late Summer Showcase Championship later in July in Woodstock, Georgia.  This event will also offer live streaming through the partnership with AthletesGoLive.

Jason Holbrook’s  Atlanta Vipers 18U Gold Team will be a top team looking forward to the competition in Georgia again this year.

“We are excited to be a part of the Champions Summer Showcase again as it is one of the top showcases in the country and offers some of the best competition we will face all season,” the coach states.

“In this unprecedented time, we are impressed with the safety protocols they have in place for all the teams to do everything possible to ensure the safety of the players. We have played in Champions for years and it has gotten our players some of their best recruiting looks from coaches.”

Here is more information on two of the big showcases taking place this summer... 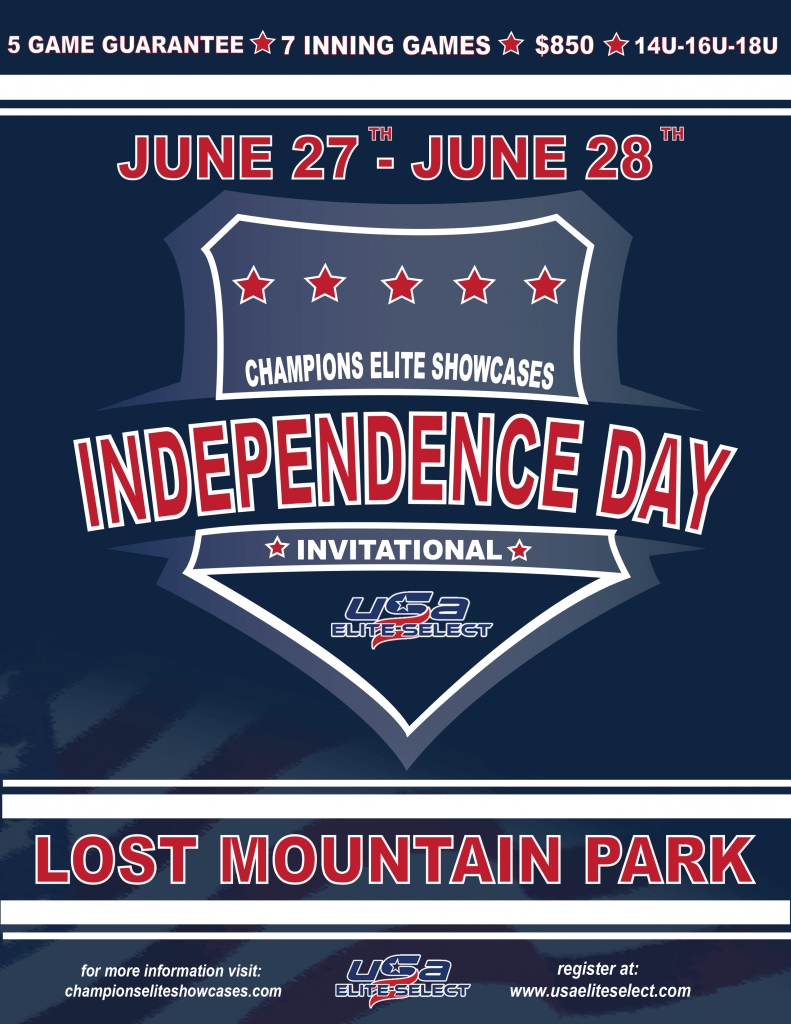 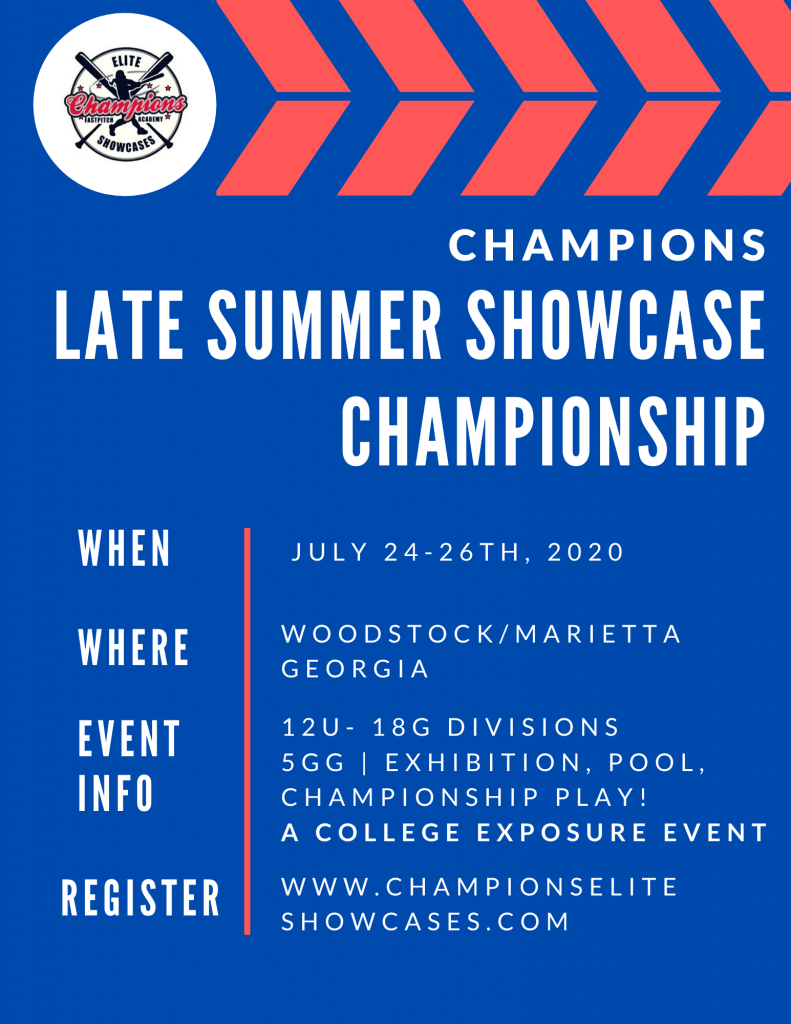