USA Softball: Stand Beside Her Tour Adds Games in Tennessee, 12th Stop in 2020

USA Softball announced this week that the “Stand Beside Her” has added a pair of exhibition games in Tennessee on May 30, 2020. This will be a return trip for Team USA to Tennessee after playing against UT-Chattanooga on April 7, 2020.

The doubleheader in May will be held at TVA Credit Union Ballpark (199-131 Legion Street, Johnson City, Tenn., 37601)—home of the Johnson City Cardinals. Johnson City will host the Red, White and Blue as the team looks to capture the Gold Medal in Tokyo when the sport of softball returns to the Olympic program for the first time since 2008.

"Each tour stop gives the Olympic Team the ability to prepare together for the Tokyo 2020 Games,” said 2020 WNT member, Michelle Moultrie.

“It’s a dream come true for us to get six months of training together before competing in the Games. We have had such amazing support from fans and can't wait for the opportunity to play for them and meet them in person along the tour! We are very excited to come to Johnson City, Tennessee and hope to see you there!"

The first contest will be against Milligan College before closing out the tour stop with a game against a collegiate All-Star squad comprised of athletes from Milligan College and East Tennessee State University.

The Red, White and Blue will face off against the Buffs at 1 p.m. ET before facing off with the All-Star team roughly 35 minutes after the conclusion of the 1 p.m. contest.

The tour will kick off in February with the USA squad competing in a pair of prestigious college tournaments and run through the summer right up to the start of the Tokyo games.

Olympic competition will start July 22, 2020 with the Gold Medal Game being played on July 28.

As created and first announced in August by USA Softball, the Stand Beside Her tour “evokes a powerful message of unity aimed to inspire communities to stand beside HER – the members of the WNT, America and the future generation of female athletes.”

Currently there are 11 stops on the tour hitting eight states and extending from February to June prior to next summer’s Olympic Games.

Here is a visual map of all the places Team USA will play on the Stand Beside Her Tour as announced so far: 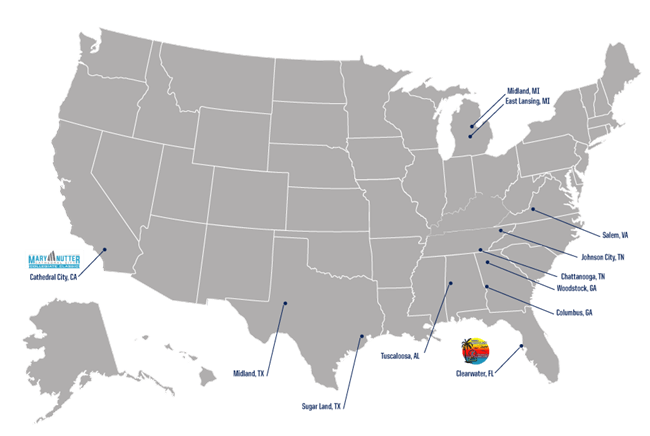