Club Spotlight: Impact Gold-Holeman Premier… Something is “Brewing in the ‘Sip” (Mississippi)!

When you think Impact Gold, you probably think of teams in Texas or the Southwest, but one rising Impact program is in the South—the Impact Gold-Holeman team based out of Mississippi.

Impact Gold Holeman Premier 18U is one of the few teams in the Magnolia State that actually plays on a national level, but after finishing 17th at the JO Cup (16U), taking 2nd in the Colorado Fireworks Open Division (18U) and 5th in the TC/USA Nationals Last Chance Bracket, the Impact-Holeman program is starting to get attention from coaches across the country. 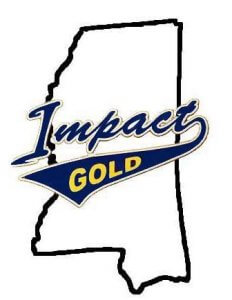 “This team is built on determination and grit and being coached the right way to trust the process,” says one source close to Impact Gold. “With hard work and staying on target, great things have happened for many of the girls that have played for this team. Tony and Justin pride themselves on the accomplishments of this team and being able to ‘Take the SIP’ to the world.’”

Since there are few teams that play on a national level from Mississippi, the coaches feel this has hurt recruiting for players in the state, particularly at a D2 and higher level. For example, it’s rare that the state has produced softball players who’ve played at an Ivy League school, but the Impact-Holeman team has two going to Yale (they just happen to be twin sisters!).

The Impact-Holeman team has earned the opportunity to play and be competitive with some of the top echelon of club teams around the country in the last few years.

From playing and showing strong performances in prestigious tournaments and showcases such as The Scenic City Showcase, Triple Crown Nationals, Hustle City, Thunderbolts 5 Star, and Atlanta Legacy as well as being the first team from Mississippi to compete in the USA Softball JO Cup (2018) and most recently finished as the runner-up in the Colorado Fireworks Tournament, the team takes pride in repping the state in many firsts.

“The future is looking extremely bright as a younger 16U team has been created and is following the groundwork that has been laid by the 18s. Many on this team are starting to garner a lot of interest from major schools including Power 5 schools,” says Coach Groves.