Extra Star Power: How New Jersey Pitcher Ryleigh White Has “Embraced the Journey,” Overcome the Deaths of Loved Ones & Excelled In Softball (& Life)

Ryleigh and her family announced today that she had decommitted from Tennessee and was committing to Texas.

According to her father, David, the key was her long-time relationship with Longhorn coach Mike White going back to when he was with Oregon.

"Her first unofficial visit was to Oregon when she was in 8th grade and she really liked Coach White but didn’t want to travel so far away from home. She got the opportunity to go to Austin and meet with Coach White again this weekend and decided that she wanted to be a Longhorn."

"It was a difficult decision for her because she’s been verballed to Tennessee for the last three years or so but she’s happy and excited to get the chance to learn from and play for Coach White.

"She’s always been a big fan of him and wanted to learn and develop under his tutelage and believes that she will be the best version of her at Texas both as a student and as an athlete. She really clicked with Coach (Chelsea) Spencer and Coach (Steve) Singleton too.

Some players go a long way to realize their dreams, but few go as far as New Jersey’s Ryleigh White, who for three years has traveled from New Jersey to California to “live and train” with her A’s – Mercado/Smith club team for the summers.

It has paid off handsomely for the outstanding pitcher, who not only is headed to the SEC, but just in the last month won a PGF 18U National Championship with the A’s.

Ryleigh has had a remarkable journey and, in this exclusive profile of the articulate and impressively mature senior, you’ll see how she’s already learned some important life lessons that has served her well, not just on the athletic field, but in her approach to life overall… 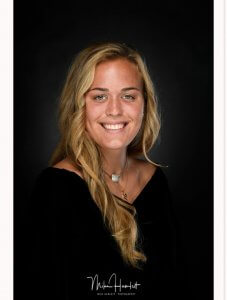 How fun was your week at PGF Nationals, winning the 18U national championship?

It was very exciting and I had a blast! The team really jelled and we were all focused on the same goal. We were literally unstoppable from practice games straight through the championship game and we shut out most teams we faced.

My team is comprised of some of the best players in the country and it helps that they are also all my best friends! The seniors were very relaxed which made the whole team relaxed to just play ball. We really wanted to send the seniors off to college winning the PGF title.

It was also fun pitching in games knowing that my defense and offense had my back; it made it so much easier to pitch against some of the toughest competition in the country.

Not many can say that they are from New Jersey and played on a California national championship team! How did you make that work in getting to practice, play and get to know your A’s teammates?

I never wanted to be the “hired gun” or the player that just showed up for tournaments to play—I never feel like part of the team doing that. I also wanted to play on a team that was going to push me to be the best pitcher I can be. Playing on a team surrounded by SEC, Pac-12 and Big 12 talent kept me focused and driven and I knew that if I wanted to play on this team I had to produce and earn my playing time.

When I decided to join the Athletics my freshman year, I knew that in order to be a part of this team and to learn from Coach Dave Mercado and Mark Smith I would have to live and train with the team in California. I asked my parents if I could stay with the team all summer to train and they said if that’s what I wanted to do that they would support me. I was very nervous because I’ve never been so far away from home for a long period of time before and I really didn’t know any of the players that well yet.

After shedding a few tears at the airport, I flew out after the Firecracker In Colorado with Coach Mark and stayed with him and his family for a little while. I also stayed with teammates Raeleen Gutierrez and Raegan Cheyenne. It was a little bit of an adjustment being thousands of miles away from my family, but we FaceTimed a lot and I kept busy practicing with the team. Everyone made me feel very welcome which really helped me get comfortable and I knew this was preparing me better for college.

Coach Mark was able to get me some pitching time with Norco High’s pitching coach, Coach Beth (Windham), and I would also hit weekly with Coach Dave and Coach Mark. We made the finals of 16U that year in PGF coming up short losing to the Bandits, but I learned a lot that summer and became close with a lot of the girls on the team.

It wasn’t all softball while I was in Cali, I enjoyed many days with the girls soaking up the sun on the beautiful beaches of Laguna, Huntington and Newport and eating the famous In and Out! After that first summer, I looked forward to doing it again and have done it now for three years with the last being the most fun and rewarding because we won PGF at the 18U level.

These teammates quickly became my family and best friends who I will cherish forever.  Playing on a team like this is incredible and my California teammates are like my second family now and I’m going to miss all the seniors who are off to start their college careers.  I can’t wait to watch them on TV and play against them in college!

Do you see a noticeable difference in East Coast softball vs. West Coast in any way, perhaps style of play, level of competition, etc?

I would say the biggest difference would be the level of talent on any given team, both with the hitters and pitchers. Being able to play outside year-round is a big advantage for the West Coast teams particularly on the defensive side of the ball. While we are playing in domes or gyms until May in the East, they are out in the sun on clay and grass, fielding balls and shagging flyballs.