PGF Nationals Hits the Decade Mark: The All-Time Final Results From Every Year (2010-2018)

The 10th year of the Premier Girls Fastpitch (PGF) Nationals officially starts tonight with the 18U and 16U coaches draw and for the next two weeks it will be great club softball all over Southern California.

This weekend, pool games will take place before the double-elimination bracket play kicks off Monday with the Platinum Championships to be held Friday and the Premier Championships on Saturday preceding the PGF All-American Game at 4:30 pm PST. 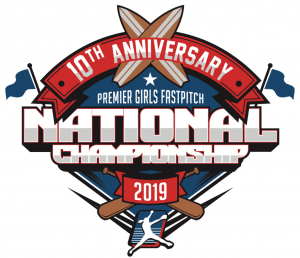 The 14U, 12U and 10U age division games will begin Monday, July 29, 2019 with pool games running through Tuesday and bracket games going Wednesday through Friday with the Platinum championships on Saturday, August 3 and the Premier titles awarded on Sunday, August 4.

This year, 648 teams from around the nation will compete in the age divisions of 18U down to 10U with an amazing 2,268 games scheduled to be played!

Can it all match the great play of years' past? That’s to be determined, but the competition across all age groups looks stellar once again.

Looking at the previous nine years it’s interesting to note the following: