There are seemingly thousands of club tournaments coming up over the next month or two, but the Top Club National taking place this week taking place in Norman and Moore, Oklahoma has two interesting components going for it:

That will get a lot of attention!

The Top Club National starts this Wednesday with 10 teams in the 14U division kicking it off and running through Friday while the older age groups will run from Thursday through Saturday with eight teams in 16U and 10 in 18U.

The event is being hosted by the Oklahoma Athletics organization with Tournament Director Brian Madden, the GM of the A’s, being assisted by fellow Tournament Directors Cornelius Davis and Jimmy Cordell, 18U team coaches within the program. Big Show Productions is setting up the event. 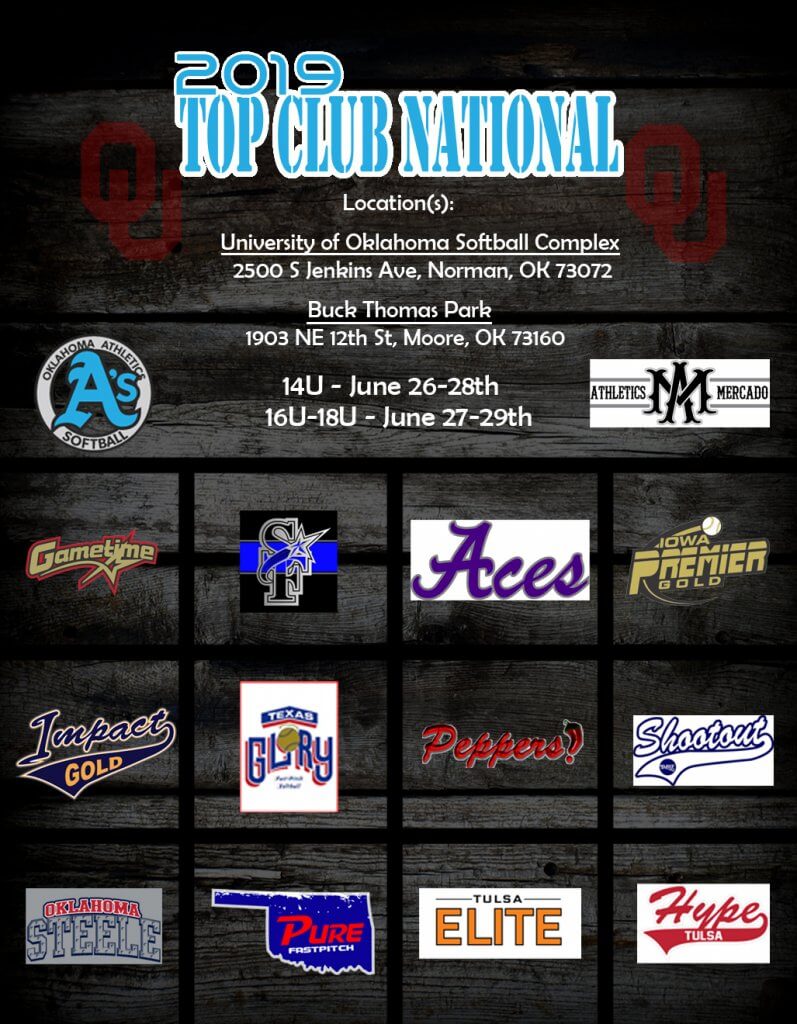 The tournament field is smaller, but that's by design.

“We wanted to have an ‘old school’ feel and format,” explains Madden as to the purpose of the tournament. “We want it to have a World Series feel where they’re not 70 or so teams, but a small number who have to battle so every game will mean something.”

“There’s a big prize at the end,” he adds, “so the quality teams will hopefully have intense games and a competitive atmosphere.”

Another benefit, says Madden, is “It gets everyone ready for Colorado and the other national tournaments. This is a great warm-up to the championship summer ball season.”

The championship games will also be played on the Sooners' field.

Here are the brackets: 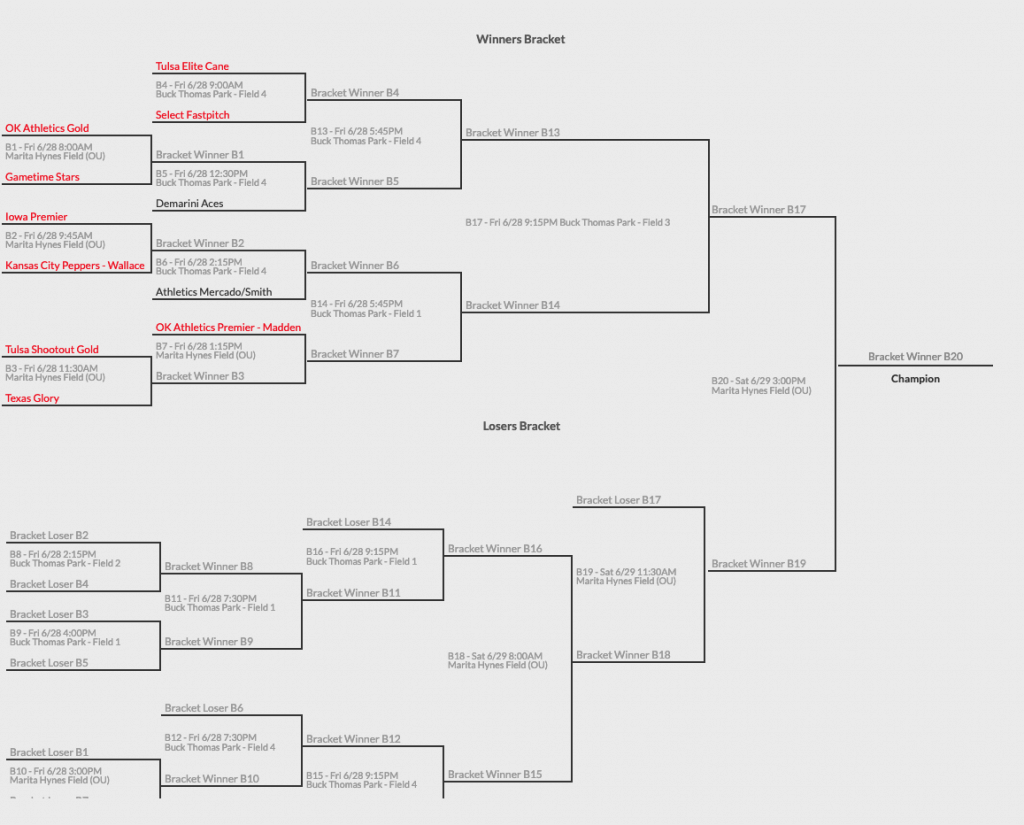 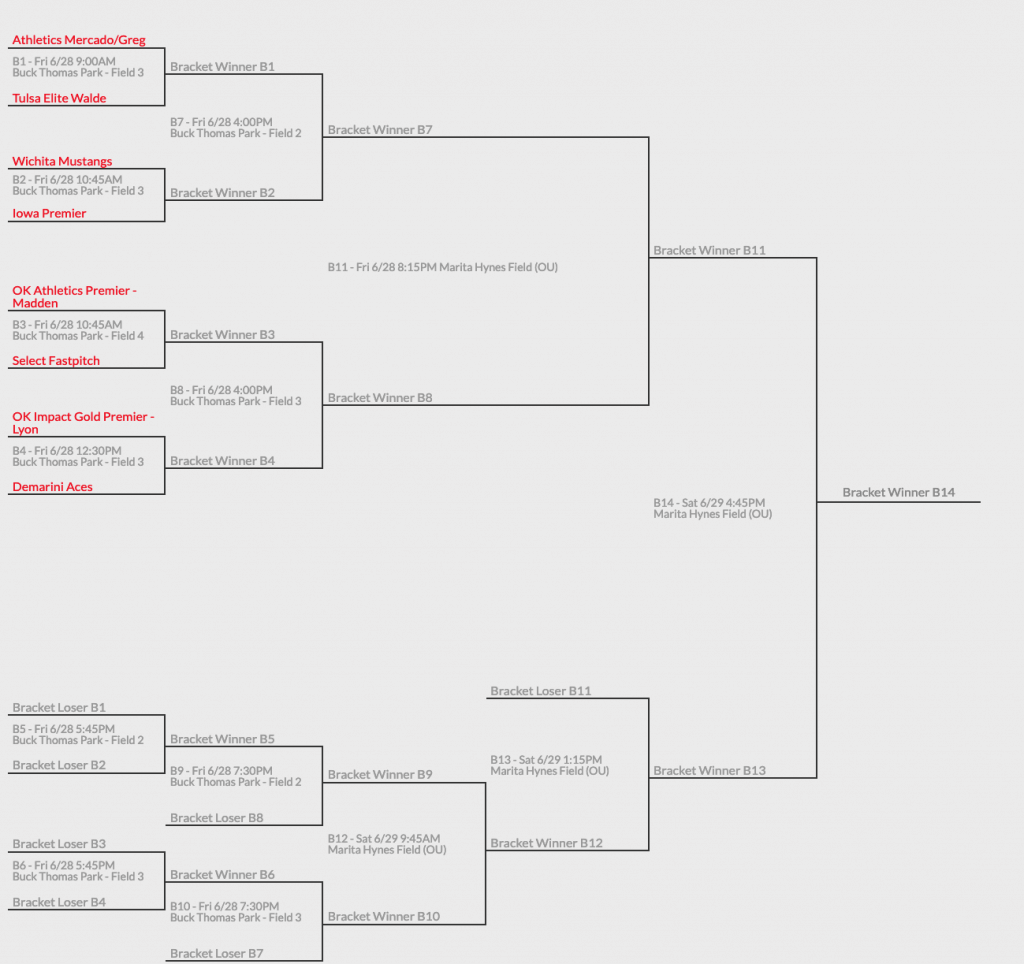 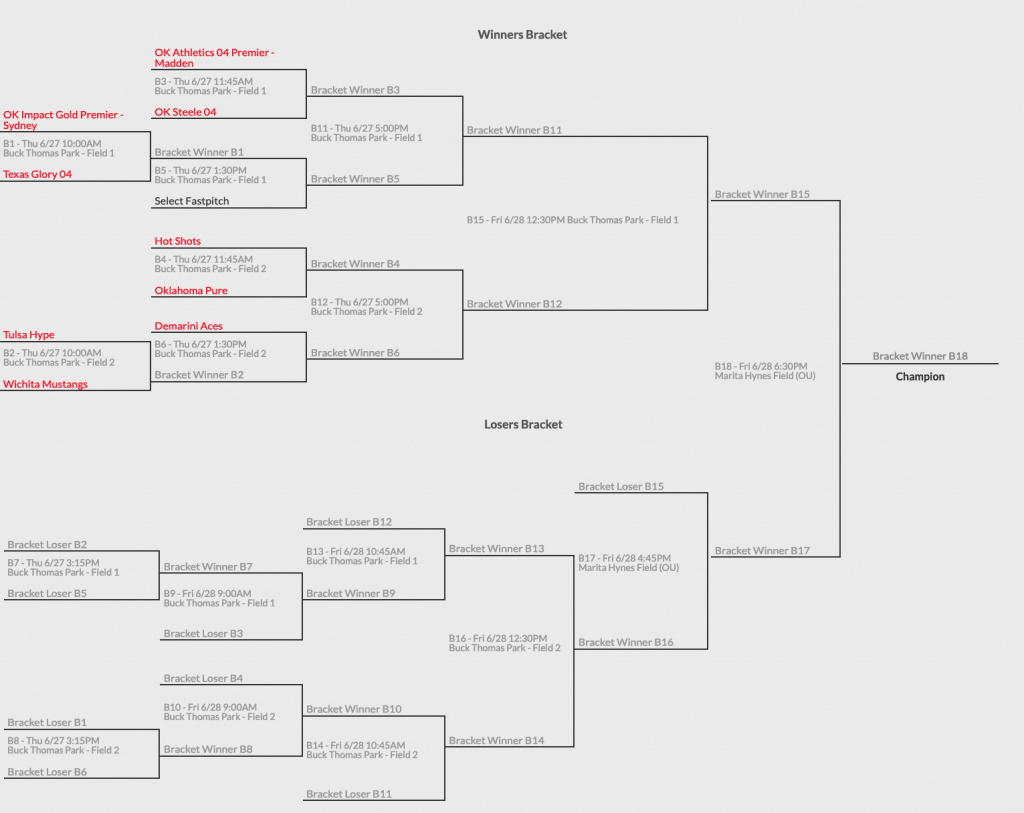