Maddie Gallagher has had quite the accomplished softball career and last weekend’s official campus visit to South Carolina was up there with some of her great accomplishments.

An Extra Inning Softball 2019 1st Team All-American, Maddie is a 2020 shortstop/outfielder from New York who most recently was named as one of the members of the USA Softball U-17 team that will play next month in the Pan American Softball Championship in Colombia.

We profiled Maddie last year and asked why a New York standout softball player would play for a Florida club team; the decision looked pretty smart when she helped lead her Tampa Mustangs team to a PGF 16U Platinum National Championship!

A member of the 2020 Extra Elite 100, she took her official campus visit last weekend to her future SEC school home and graciously shot some pics and detailed her fun three days with her fellow commits and future Gamecock coaches and teammates.

“It is crazy that this dream is closer and closer to becoming reality!” she said as she was spent time with Head Coach Beverly Smith and her coaching staff.

I was welcomed to Columbia with a box of themed Gamecock cookies and a handwritten note signed by the coaches and current players... 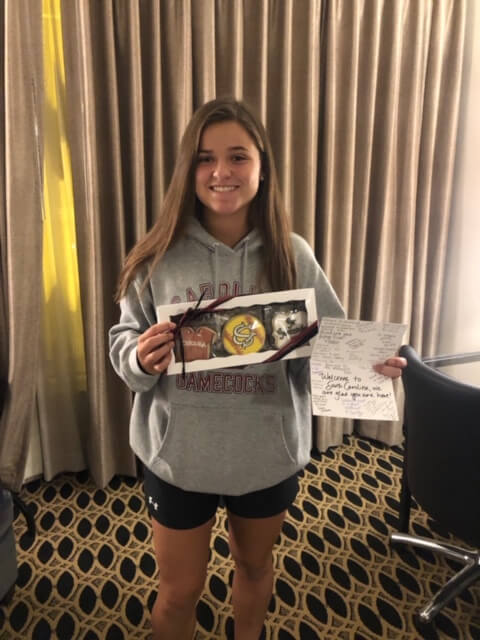 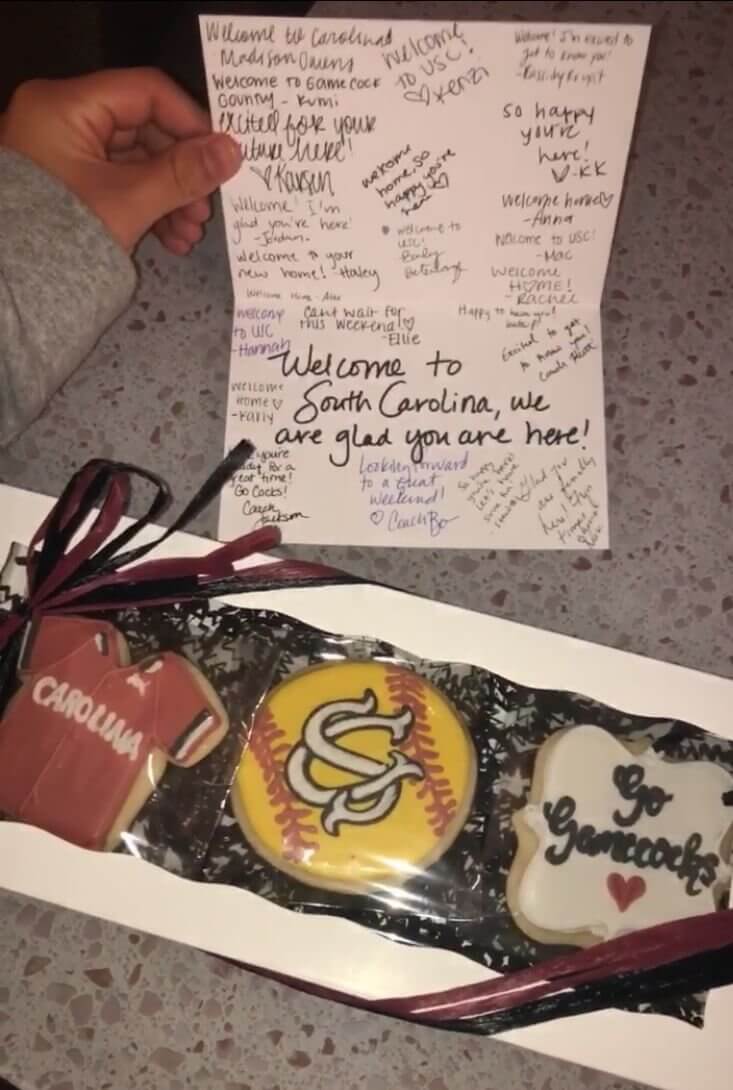 Our first scheduled activity was attending class with one of the players.   I got to attend class with senior pitcher Cayla Drotar.  This me and her later in the weekend at the softball party. 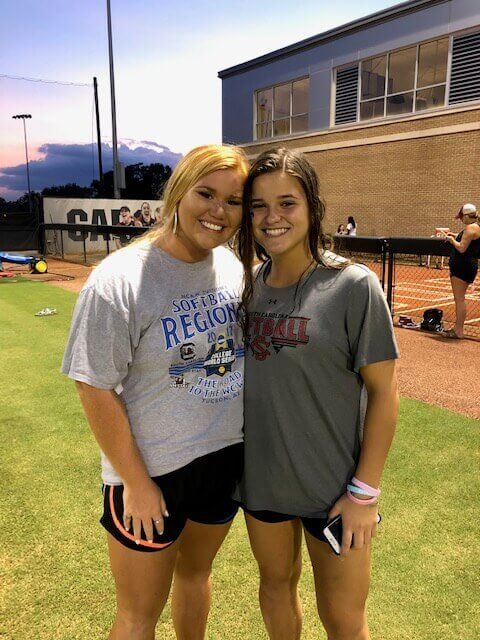 Next, we got sized for all of our apparel and continued with a photo shoot in the locker room. 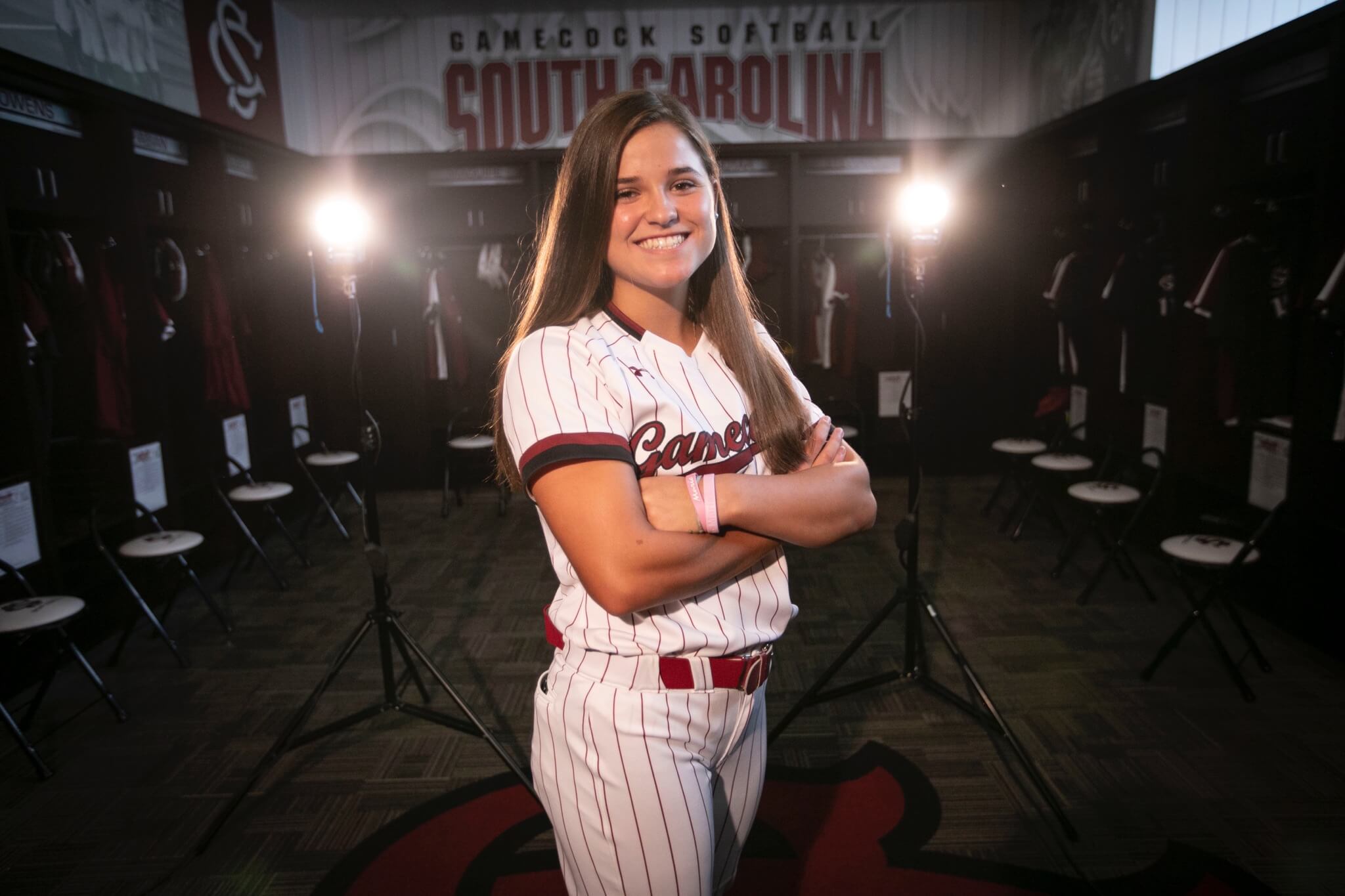 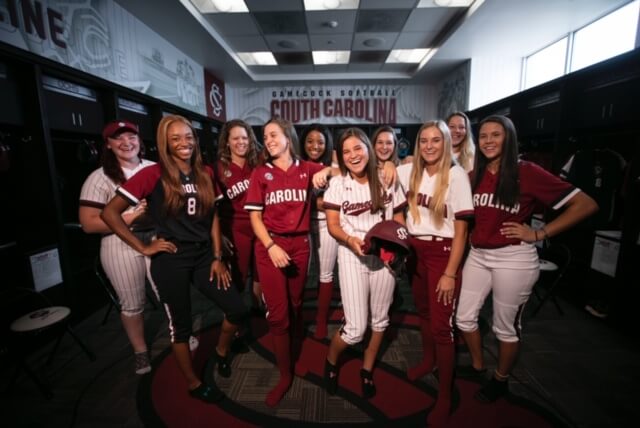 Then our host took us to the Escape room where we raced against other commits and players to escape first. 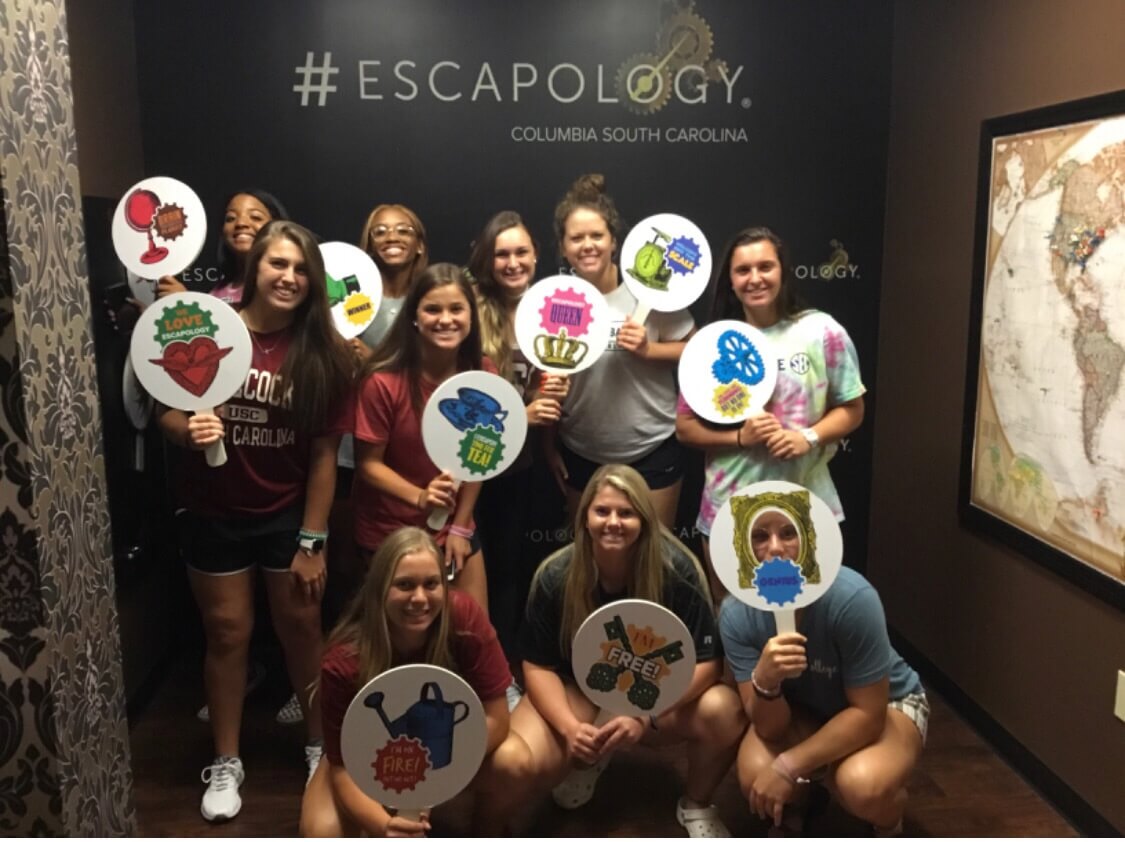 Day 2 started with some free time, and then we went to the football stadium where we had a catered tent to tailgate. 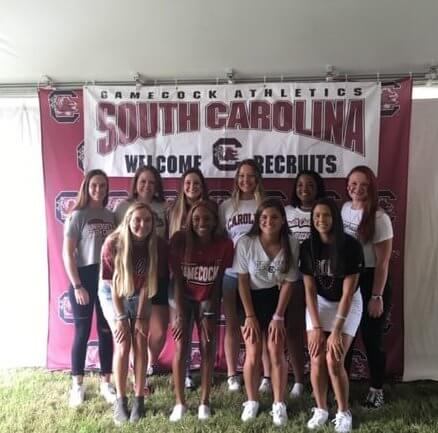 Me and all of my future Gamecock softball coaches: 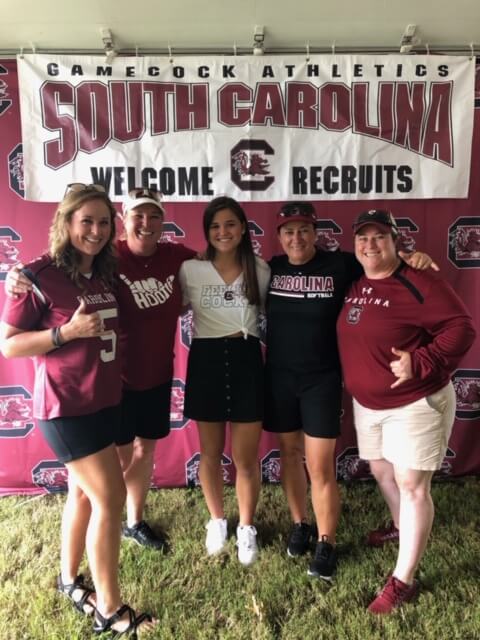 This is me and Kenzi Maguire. She is the current short stop for the Gamecocks and has spent a lot of time mentoring me to help prepare me for playing at the next level: 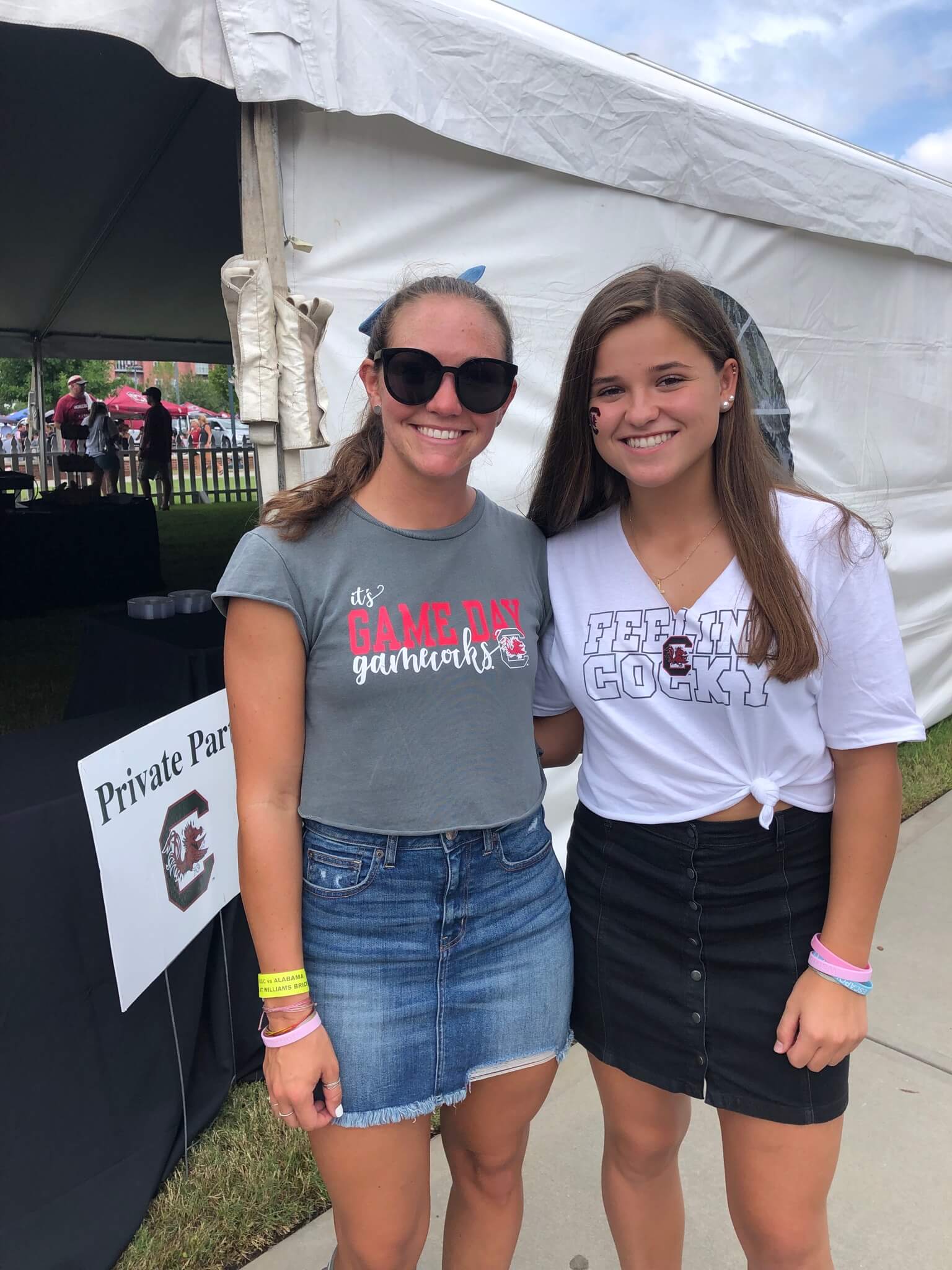 Prior to kickoff, we had field access which allowed the recruits to be inches away from the players and for photo opps including one with the National Champion Women's Basketball Coach and head coach of the USA Women's National Team, Dawn Staley. 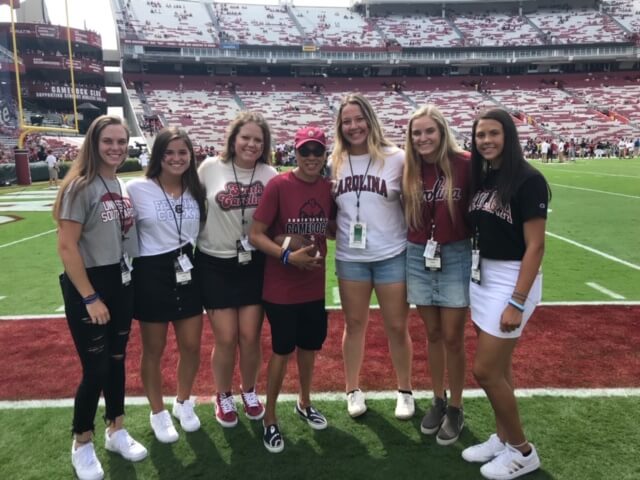 One of a kind entrance to the football game: 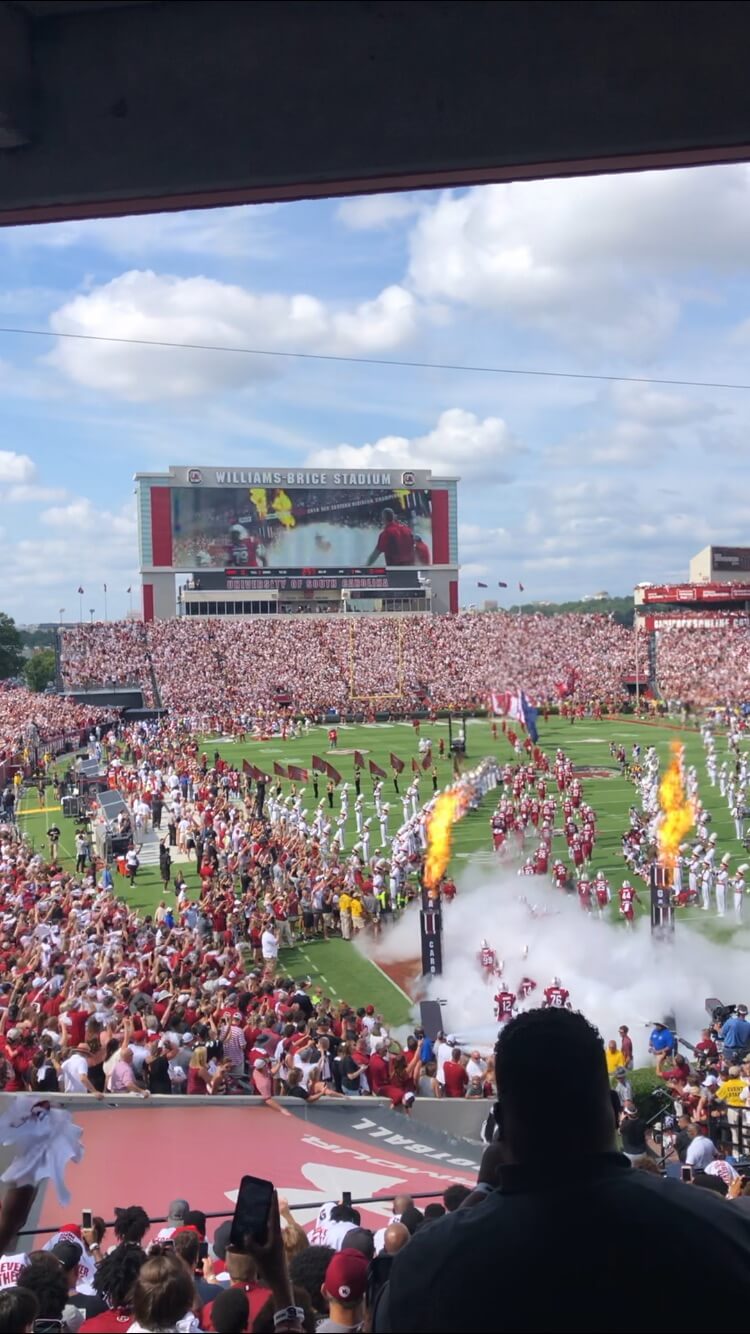 After a hot day at the football game, we were able to cool off on the huge water slide the coaches put in right field for us: 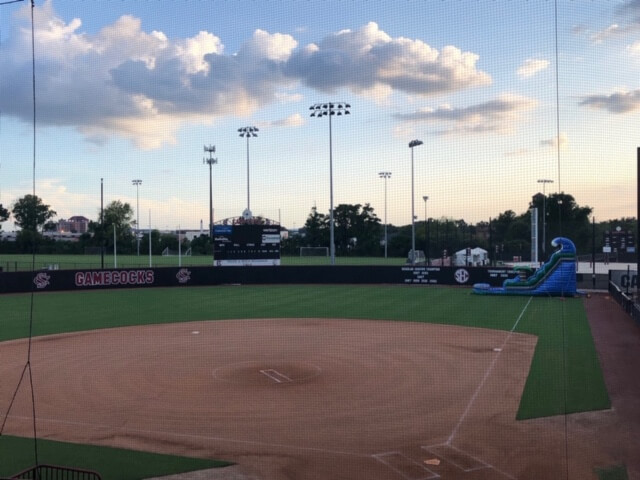 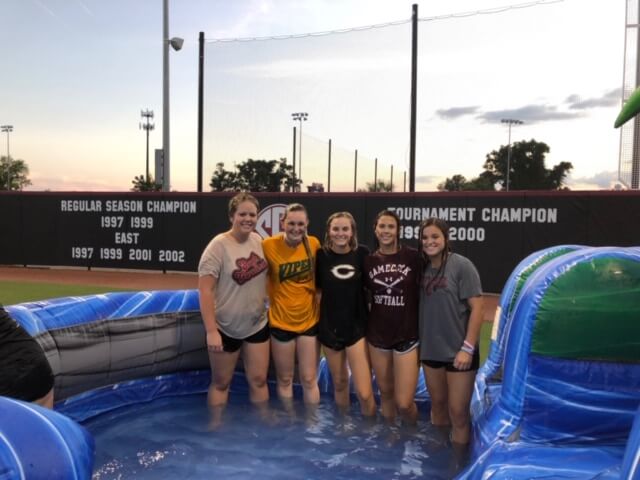 Even Coach Bev went down the water slide! 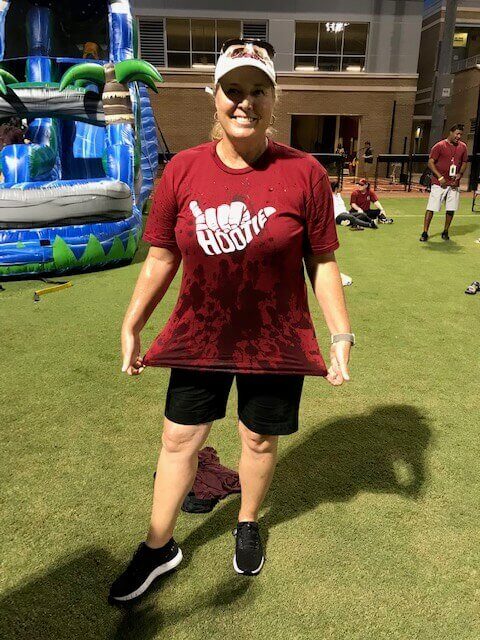 Bonding with future teammates at the Gamecock softball party on the field was a great way to end my official visit! 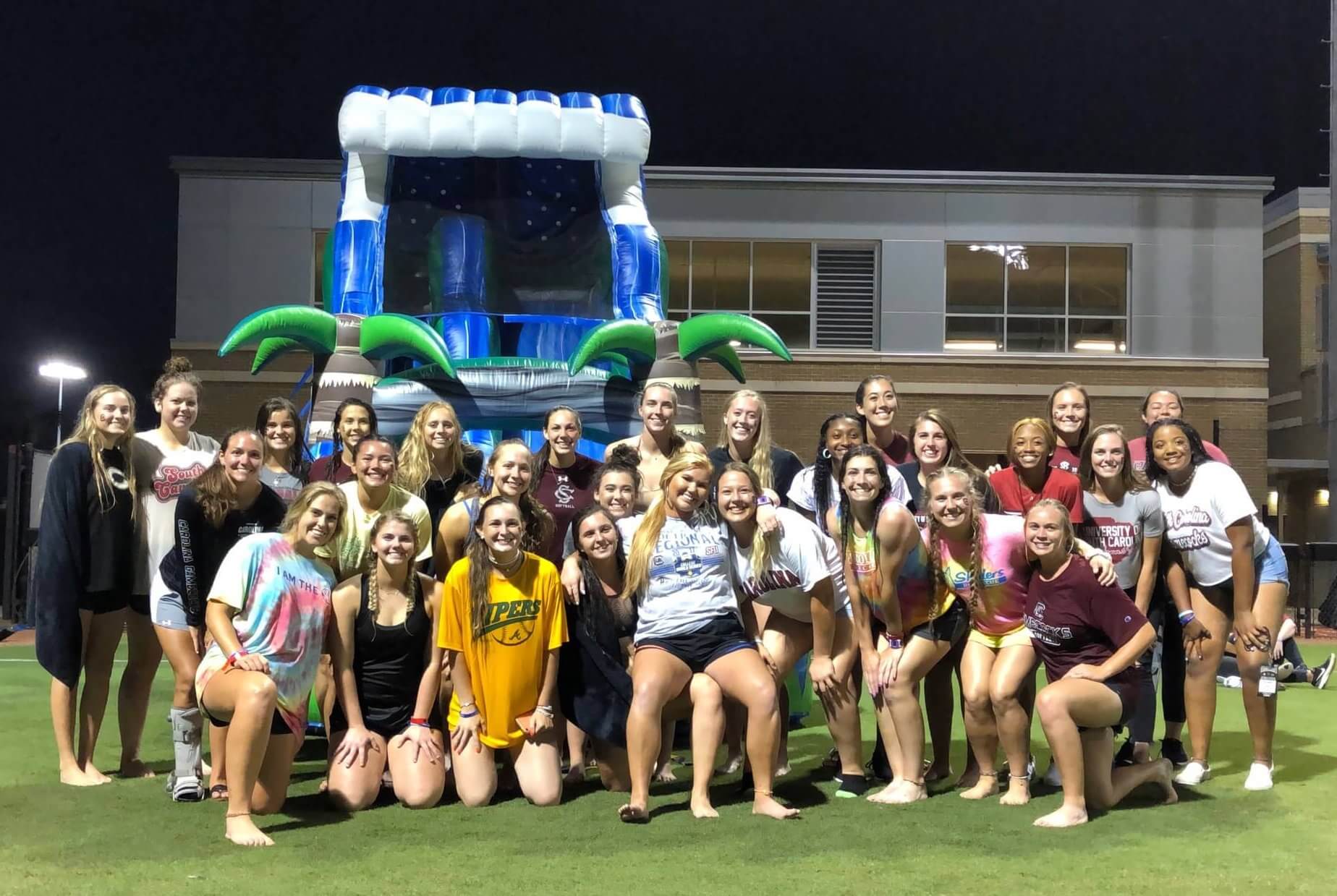 My official visit brought to life again the numerous reasons why I chose the University of South Carolina to call home.

The coaches & current team made us all feel so welcome and had planned activities that they knew would bring us together.

Coach Bev even had all of us and our families at her house for dinner.  It was a time to bond and get excited for our future together.

This weekend was just a preview of all the great times ahead and I could not be more excited to be a part of the Gamecock family!