Alana Johnson has been building her resume as one of the top 2022 prospects in the nation and her skills were on full display at the Select 30 National Training Camp Dec. 27-30 at the USSSA Space Coast Complex in Viera, Florida.

Yesterday, it was announced that she was one of the Select 30 High School All-Americans.

The uncommitted MIF from MS Elite-Gatlin was first in the 20-yard dash with a time of 2.88 and third in overhand velocity at 65 mph at the Select 30 Camp.

"I've watched Lana play ever since she was 8-years-old, and ever since then everyone knew she was someone worth watching," 2020 catcher Rachel Platt said. "Her bat, her glove, her speed all look effortless. I'd hate to play against her. Her game face and intimidation alone would send me hiding in the dugout.”

“What's funny, though, “Platt continued, “is that it's just an exterior act. For the past three years, we've played on the same high school team, and each inning we'd play she'd crack a smile. That's what I believe to set her apart: the fact that she can be so focused and determined yet have so much fun at the same time. Sure, she may not laugh it up after a strike out (which is rare) but she never fails to make the game fun. It's a blast having someone of that caliber on the field with you. Lana is an extremely selfless individual.

"Alana has been my teammate and friend for six years," 2022 1B/3B Cassidy Spears said. "Her skills on the field are far above average. The only explanation of what makes her skills above any other is her dedication, team leadership and hard work during the season and in offseason. What makes her unique is her ability to talk to anyone and while working to be the best athlete, she makes all A's in school."

2023 P/UT Skye Sharp said Johnson is one of the most reliable players on the team.

"I love Alana as a sister," Sharp said. "As a pitcher, I can always count on her during the game to back me up. Her range is amazing at shortstop. She has an excellent glove and a cannon for an arm, not to mention her bat is unmatched at the plate. When Lana is on the field, it makes my job a lot easier. It's an honor to be her pitcher."

*** Scroll down to go inside "Extra Star Power" to learn more about one of the top 2022 prospects in the nation.
*** NOTE: Click on the words in Bold to discover hidden links! 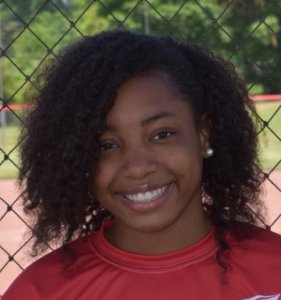 Tell us about your travel team/organization and how you became involved with them?
I played in a rec league when I was 6 (years old) for my current travel ball/high school coach and he started a travel ball team, The ATAK (currently MS Elite-Gatlin) and I’ve been playing for him ever since.

Talk about your experience at the USA Elite Select 30 National Training Camp?
It was an awesome experience competing against some of the best players in the country and receiving valuable instruction from current professional softball players like Shay Knighten, Lauren Chamberlain, Chelsea Goodacre and Megan Wiggins. The opportunity to be able to interact and establish relationships with some of the best softball players in the world was priceless.

*** Scroll down to read more about Alana including what she was told at age 7 that helped drive her to be the standout player she is today!

January 3, 2020
Read More
Read more of The Inside Pitch

2001 Extra Elite 100 Candidate: Super Utility Player Annabelle Widra "Can Do It All" On the Field!