With the onset of the COVID-19 pandemic and the extension of the recruiting dead period to August 31, 2020, college coaches have been forced to evaluate prospects from afar, using live streaming formats that have had mixed results at best.

Obviously, everyone—especially college coaches—would love to watch softball tournaments, combines, organization workouts, and camps as if they were watching a college softball game on ESPN, but the production costs are, or can be, exorbitant.

Some common complaints for many streaming set-ups are the inability to ID players, tell who’s doing what and the context of the game.

In a dream scenario, the broadcast would include instant replay and graphics that include the player up at bat, the grad year, commitment status and commentary, insights and even player interviews from professional announcers who know the game and the players’ background and bio.

The icing on the cake would be if a college coach, already watching a live-streamed game, could go back at a different time and then pause the video to watch a close-up view of a hitter, pitcher, or fielder making a play (or, more revealing, watch the body language of a player after a strikeout or see how she reacts after making an error). 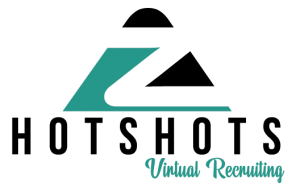 The Arizona Hotshots travel ball organization has brought this dream scenario to life by developing the Sports Virtual Recruiting Platform (“SVRV”) which was first rolled out for a test drive in two exhibition games held June 6-7 and the feedback from college coaches has been very positive.

The streaming platform was used for a showcase event as part of the Northern Arizona League (NAZ) Elite Summer Fastpitch Series (ESFS) and the online games had over 5,000 viewers and more than 100 college coaches tuned in to watch the showcase.

The recruiting benefits are huge, of course, but the SVRP has also been beneficial for family members who are out of state or simply can't afford to travel to watch games.

“They finally get to see their daughter, granddaughter, niece, etc. play softball on ‘TV,’” which is going to grow the game of softball as we know it,” says Brian Georges, head coach of the AZ Hotshots and founder of the SVRP. “Best of all, after only two weekends, several student-athletes have gained college interest and received offers.”

On the heels of the rave reviews, the Northern AZ League has scheduled a big event called the So Cal/AZ Border Clash to feature top programs from Arizona (Hotshots, Storm, Desert Thunder) who will face So Cal (Athletics Briggs, Ohana Tigers, Batbusters, Firecrackers) organizations on July 10-12th followed by the virtual camp on July 13th.

The league has also partnered with OnDeck Softball to hold a “softball virtual camp day” on July 13 for 2020's, 2021's and 2022’s on  that will be streamed for college coaches and include a Home Run Derby and Skills Challenge.

Here are details for the So Cal/AZ Border Clash:

"We have two goals with this next generation platform,” Georges explains: one, we want to make sure we help all these awesome perspective student-athletes get recruited, especially the older players that are being impacted by the Pandemic and two, we want to help grow this great game of softball."

The model is reverse engineered in the sense that the costs are traded from traveling to events to having those expenses invested in the high definition live broadcasting model with announcers.

The quality of play helps too, Georges explains.

“Our Hotshots – Georges team had 23 home runs over six games and still have five uncommitted players on a squad that has commits to schools like Stanford, Seton Hall, Harvard, Furman, UTEP, Manhattan and several others,” he adds.

Here is a sample of action from games that were streamed:

Willing to promote the teams, events and the Sports Virtual Recruiting Platform, the Hotshots coaches will be providing links to all of the streamed games, access to the video archived games, Home Run Derby, and the Skills Challenge to Extra Inning Softball.

Additionally, the Elite Summer Fastpitch Series will be highlighting players to watch, the top uncommitted players from the tournaments, the All-Tournament team and game MVP with the content to be provided to Extra Inning’s site.

“Some of the colleges that follow our team closely made the comment, ‘This experience was too good, now I will be competing against a lot more colleges because your players are going to get a ton of looks based on this virtual recruiting platform,’” laughs Georges.

To check out the platform, go to AZHotshotsVR.com. For more information, contact Brian Georges at BrianGeorges@arizonahotshots.com and if you have interest in the future tournament dates (7/24 - 7/25) and (8/7 - 8/10). These tournaments are filling up fast!