Four games were played on Thursday in the start of the 2019 Women’s College World Series and what a great way to start what is sure to be a record-setting event in Oklahoma City on and off the fields! 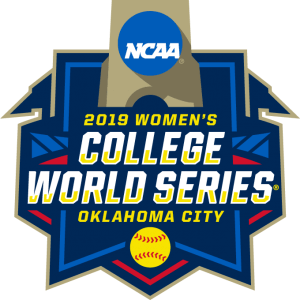 As fate would have it, the two winner’s brackets set up for Friday include two outstanding regular season rivalries: Arizona vs. UCLA (7 pm EST on ESPN) and Oklahoma State vs. Oklahoma (9:30 pm EST on ESPN).

If you’re not at the games, get your munchies ready and the remote set up with new batteries because it’s going to be a great night of college softball…

Oklahoma State continued its magical run through the NCAA tournament with an upset victory over Florida in the opening round of the Women’s College World Series.

The Cowgirls’ dual-threat star Samantha Show buoyed her team in the circle and at the plate in the game.

Show earned the start in the circle for Oklahoma State, allowing just one run to a Florida team that is full of offensive and clutch weapons. The Cowgirls, for their part, had just two hits on the offensive side, and both belonged to Show.

In the first inning, batting in the second spot in the order, Show hit a solo home run to give her team the early lead.

After Florida tied the game on a Jordan Roberts solo home run in the second inning, the game remained tied as Show and Florida’s Kelly Barnhill continued a quality pitcher’s duel. In the top of the sixth, Show again stepped up to the plate and parked another pitch from Barnhill over the outfield wall.

The home run - followed by a powerful bat flip that’s really better described as a bat spike - gave Oklahoma State a lead that they would not relinquish, taking the 2-1 victory to advance through the winner’s bracket.

Earlier in the day, Arizona and Washington played each other in an all-Pac-12 battle, as the teams opened the WCWS. In what would be a trend for most of the day, the teams lived on the home run ball, with three longballs providing all of the scoring for the two teams.

The game remained scoreless through the first five innings until Arizona’s Jessie Harper hit a solo home run in the sixth inning to give her team a slim 1-0 lead. The lead would not last long, though as Washington’s Sami Reynolds led off the bottom half of the inning with a solo shot of her own to tie the game.

After nobody scored in the seventh inning, the teams went to extra innings, and it was Wildcats catcher Dejah Mulipola who made the difference for her team, with a two-run home run in the top of the eighth.

McQuillin, who earned the complete-game win, shut down the Huskies in the bottom half of the inning and secured the victory for the Cats.

Washington had swept the season series over Arizona in each of the last two years, with Thursday’s game marking the Wildcats’ first win over their conference rivals since 2017.

When Minnesota took the field, it marked the first-ever appearance in a WCWS game for the Golden Gophers.

The Bruins got to Gophers ace Amber Fiser early, as Bubba Nickles led off the Bruins’ half of the first inning with a solo home run to give her team the early 1-0 lead.

The Bruins loaded the bases and looked poised to break the game open in the second inning, but Fiser escaped allowing just a single run.

The Bruins had Fiser’s number,but struggled to put the game away until the sixth inning. After Minnesota scored twice against Rachel Garcia in the top of the sixth, the Bruins responded by scoring four runs in the bottom half of the inning, highlighted by a three-run home run from Aaliyah Jordan.

🎥 #WCWS Highlights – Game 2@UCLASoftball's Aaliyah Jordan hit a 3-run homer in the sixth inning to help the Bruins knock off @GopherSoftball 7-2 in game 2 of the Women's College World Series. pic.twitter.com/vGpTqd1Bg6

Garcia allowed four hits and struck out seven enroute to the complete-game victory in the circle.

After Oklahoma State’s victory over Florida, the final game of the day took place between Oklahoma and Alabama. The regular season champs of the Big 12 and SEC, respectively, threw their aces, with Giselle Juarez and Montana Fouts taking the circle.

The Sooners and Tide departed from the previous trend of the day in that both teams primarily played small ball, with just one home run in the game and the “big hits” of the night coming on a pair of triples.

🎥 #WCWS Highlights – Game 4@OU_Softball gets the win over @AlabamaSB 3-2 and will face its in-state rival Oklahoma State in a winner's bracket matchup. pic.twitter.com/fq7YygA00A

A first-inning sacrifice fly started the scoring for Oklahoma against Fouts, until a Bailey Hemphill RBI single tied the game.

Sydney Romero led off the bottom of the third inning with a triple, later scoring on a single from Jocelyn Alo. A solo home run from Claire Jenkins once-again tied the game, before a 6th-inning RBI triple from Nicole Mendes gave the Sooners a 3-2 lead that would prove to be the final score.

Hall of Fame Stadium was full to capacity for most of the day, with the opener between Arizona and Washington packing the stands, while the evening session - that included two hometown teams in Oklahoma and Oklahoma State - set a session 2 attendance record with more than 9,200 fans in attendance and stretching into Standing Room Only territory for the nightcap.