Breaking News: 2020 NFCA Convention Goes “Virtual,” Will Not Be Held in Dallas This December 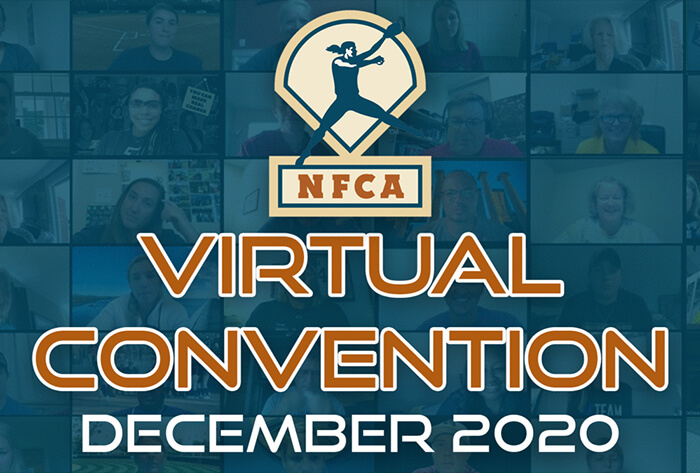 I have a daughter who lives in Dallas and was excited to fly down this December to see year while gong to the NFCA Convention, one of the biggest and most popular softball events of the year.

Well, I still may see her in December, but I won’t be hitting the NFCA Convention, unfortunately.

Executive Director Carol Bruggeman and the NFCA Board of Directors announced today from their Louisville, Kentucky headquarters that the NFCA National Convention is going “virtual” in 2020.

Originally set for Dec. 9-12, 2020, the Convention will be remote, like what has been happening with much of the events world this year due to the Coronavirus.

Each year, according to the organization, the “largest gathering of fastpitch coaches (1,500+) and exhibitors (125+) on Earth takes you to a different part of the country. Attendees learn, network, socialize and conduct business with some of the best minds in softball, while also being introduced to the newest innovations in the game.”

“In December 2020,” the NFCA leaders continued in their announcement: “we will bring the Convention experience you know and love to the comfort of your own home or office!”

"Due to ongoing concerns related to the COVID-19 global pandemic, the 'greatest softball show on Earth' will not be held in Dallas,” said Bruggeman.

“The health and safety of our softball community is our top priority,” she explained. “As athletic departments and softball business industries have made the challenging-yet-understandable decisions to cut budgets and limit travel, the ability to host a large in-person event became impossible. Although we will miss seeing our valued members, business partners, and other influencers in the softball community we promise a 'game-changing' virtual Convention in December.”

The NFCA leaders also stated that, “though we will not be in Dallas for our Convention this December, we will return there in 2024.”

Be sure to periodically check NFCA.org and the NFCA social media platforms for dates, times, programming and more. Registration details will be announced soon.

Here is a list of future Convention sites and where the Conventions have been held since they began in Omaha, Nebraska in 1984:

Extra Star Power: 2024 Tulsa Elite P/OF Dasia Mason… How This “Country Girl” Can Do It All!