The USA Softball Women’s National Team (WNT) jumped out to an early lead and never looked back in a 9-2 win over the USSSA Pride before falling 6-4 to the Chicago Bandits. 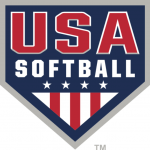 In game one of the day, a three-run shot by Kirsti Merritt (Lake Panasoffkee, Fla.) fueled a hot-hitting U.S. offense, however late-inning home runs off the bats of the opponents proved to be the difference maker in game two.

“As we continue to evaluate the week, we’re starting to see some really good stuff, however we still aren’t running on all cylinders,” said Head Coach Ken Eriksen. “We’re trying people in different positions and different combinations in the lineup, which allows us to see where we need to improve and what we can expect moving forward.”

The U.S. wasted no time in getting on the board after back-to-back singles from Haylie McCleney (Morris, Ala.) and Janie Reed (Placentia, Calif.) put two on with no outs.

Ali Aguilar (Orangevale, Calif.) drove in a run with a single to right field, which allowed Reed to scoot over to third base until a passed ball allowed Reed to cross the plate.

Up by one with one on base, a walk to Michelle Moultrie (Jacksonville, Fla.) added another runner for Team USA, bringing Merritt to the plate. With two on, Merritt got a hold of a pitch and drove it out of the park for the fifth run of the at-bat.

A series of three-up, three down innings kept the game at a 5-0, U.S. lead until the bottom of the third when the home team tacked on another three runs. Merritt once again had an outstanding at-bat by driving in a pair of runs on a single up the middle and Kelsey Stewart (Wichita, Kan.) drove in run number eight after a mishandled grounder by the Pride infield.

Ally Carda (Elk Grove, Calif.) entered in the fourth and struck out one batter and Monica Abbott (Salinas, Calif.) closed the game with four strikeouts. Offensively, Merritt picked up five RBI in a 2-for-3 showing at the plate.

Stewart drove in the first run of the game with a no-brainer long ball, driving one over the right field fence to make it 1-0. An RBI single from McCleney in the bottom of the second added another run to the score, but a solo home run by the Bandits in their next at-bat cut the lead in half.

Leading 2-1, Aguilar led off the bottom of the third with a single and came around to score on a double to left by Rachel Garcia (Palmdale, Calif.), who was able to advance to third on the throw to home.

A walk to Moultrie put runners on the corner for Sahvanna Jaquish (Highland, Calif.), who nearly sent one out of the park on a sac fly.

Carda suffered the loss, throwing one and two-third innings with just one earned run allowed. Keilani Ricketts (San Jose, Calif.) fanned four batters through the first three innings of play and Abbott closed the game with seven strikeouts in two and one-third innings. At the plate, McCleney went 2-for-4 with one RBI.

Team USA will face the Chicago Bandits one final time in a 2 p.m. CT match on the diamond on Sunday.